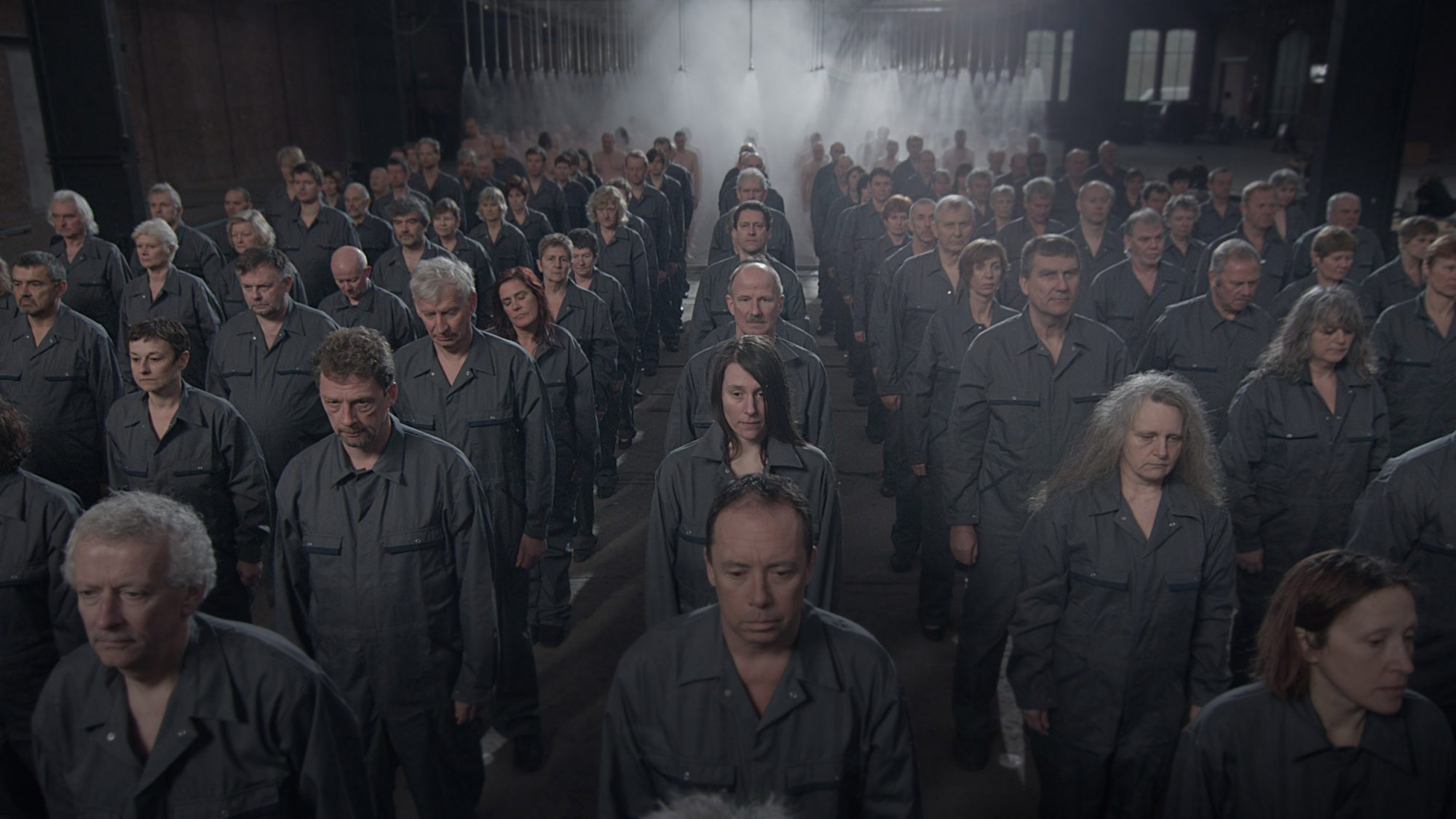 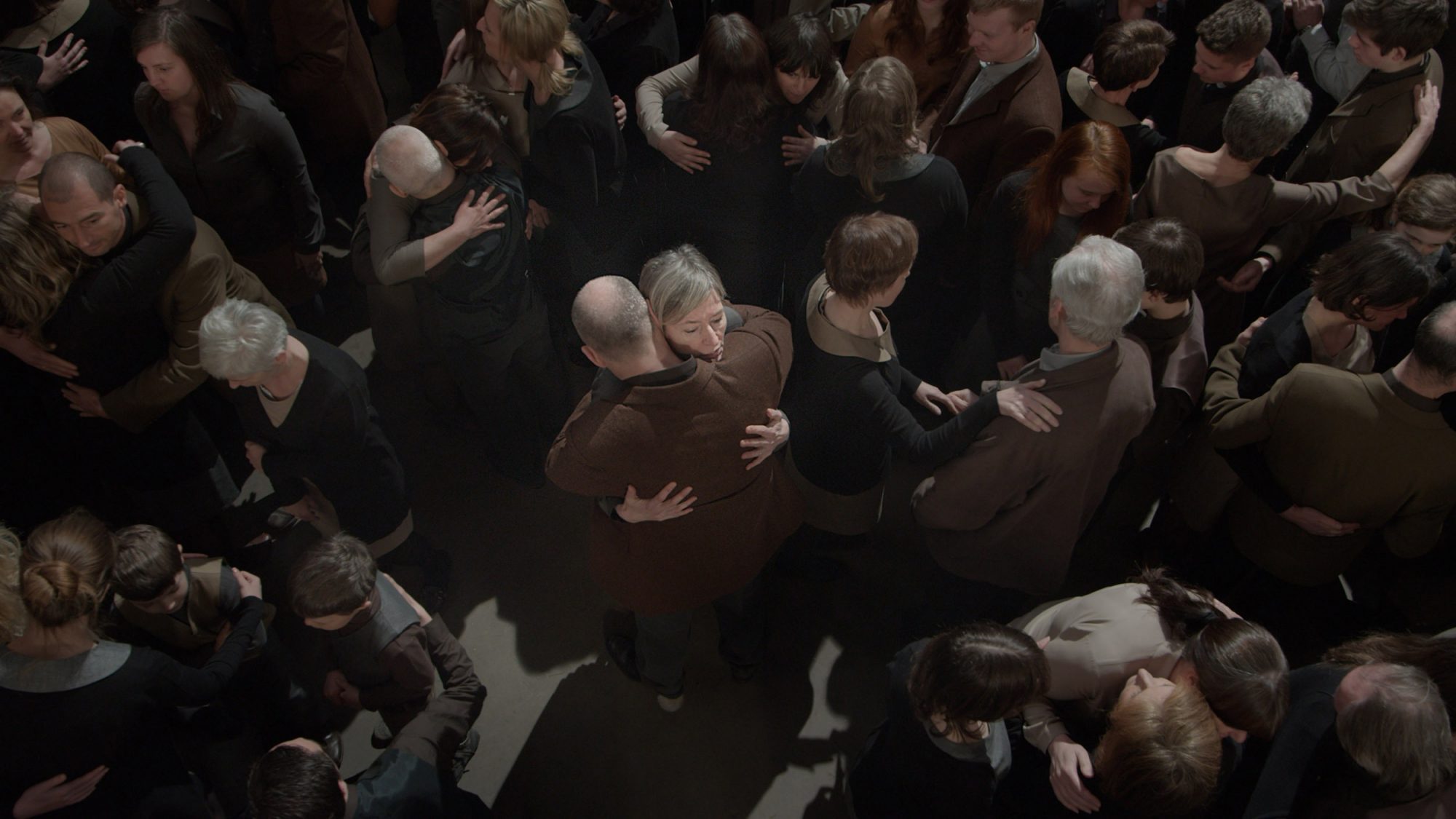 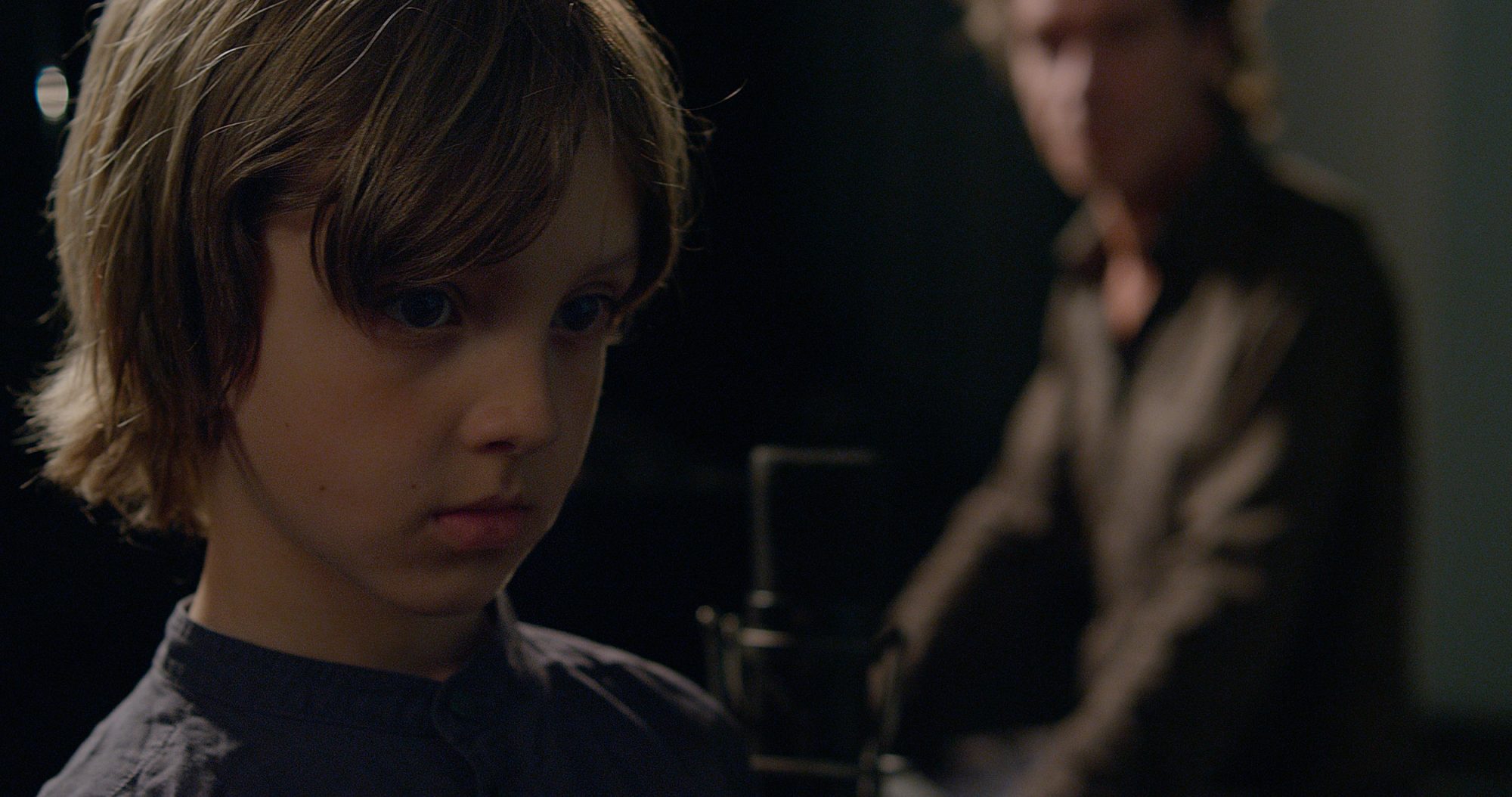 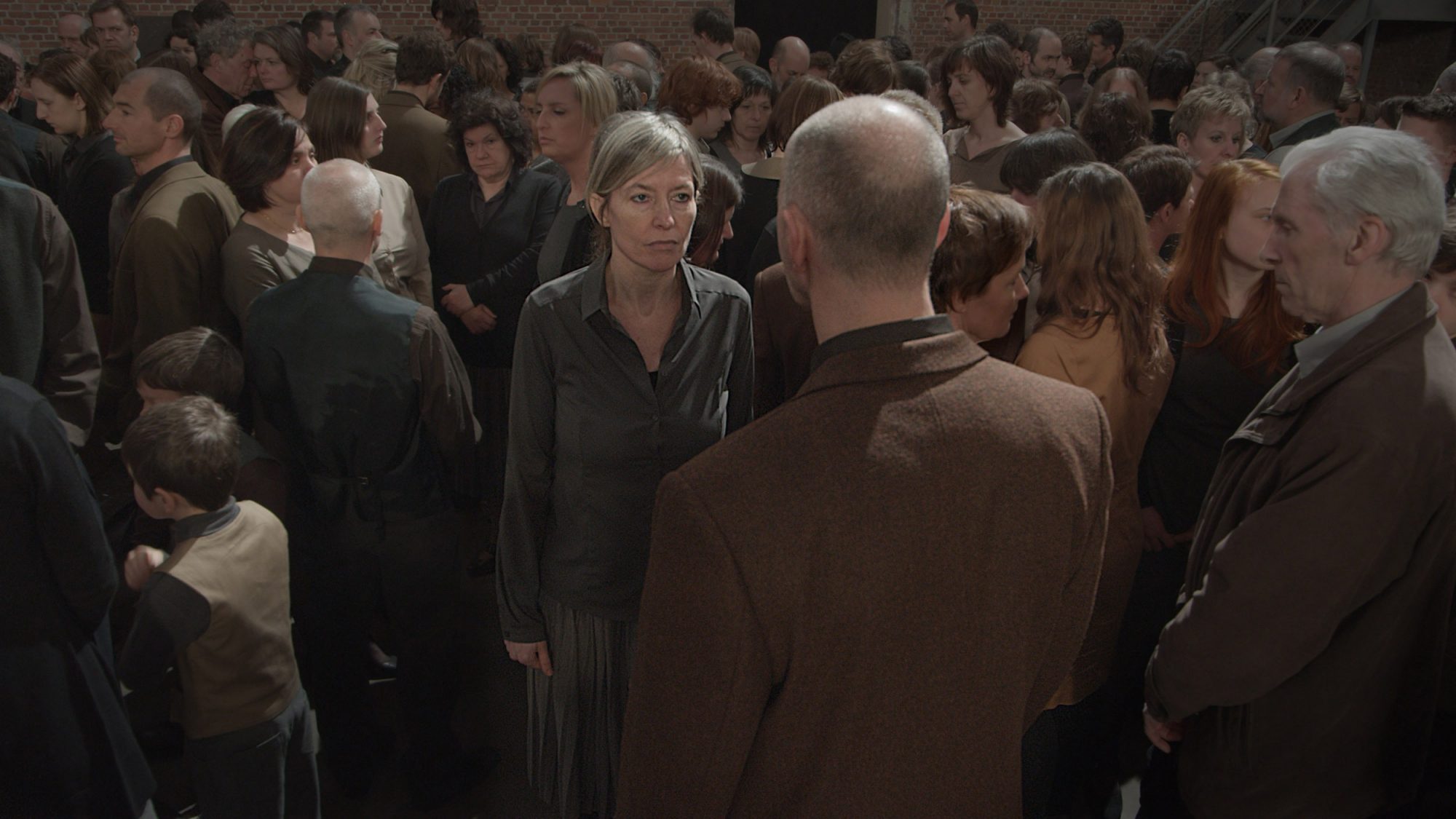 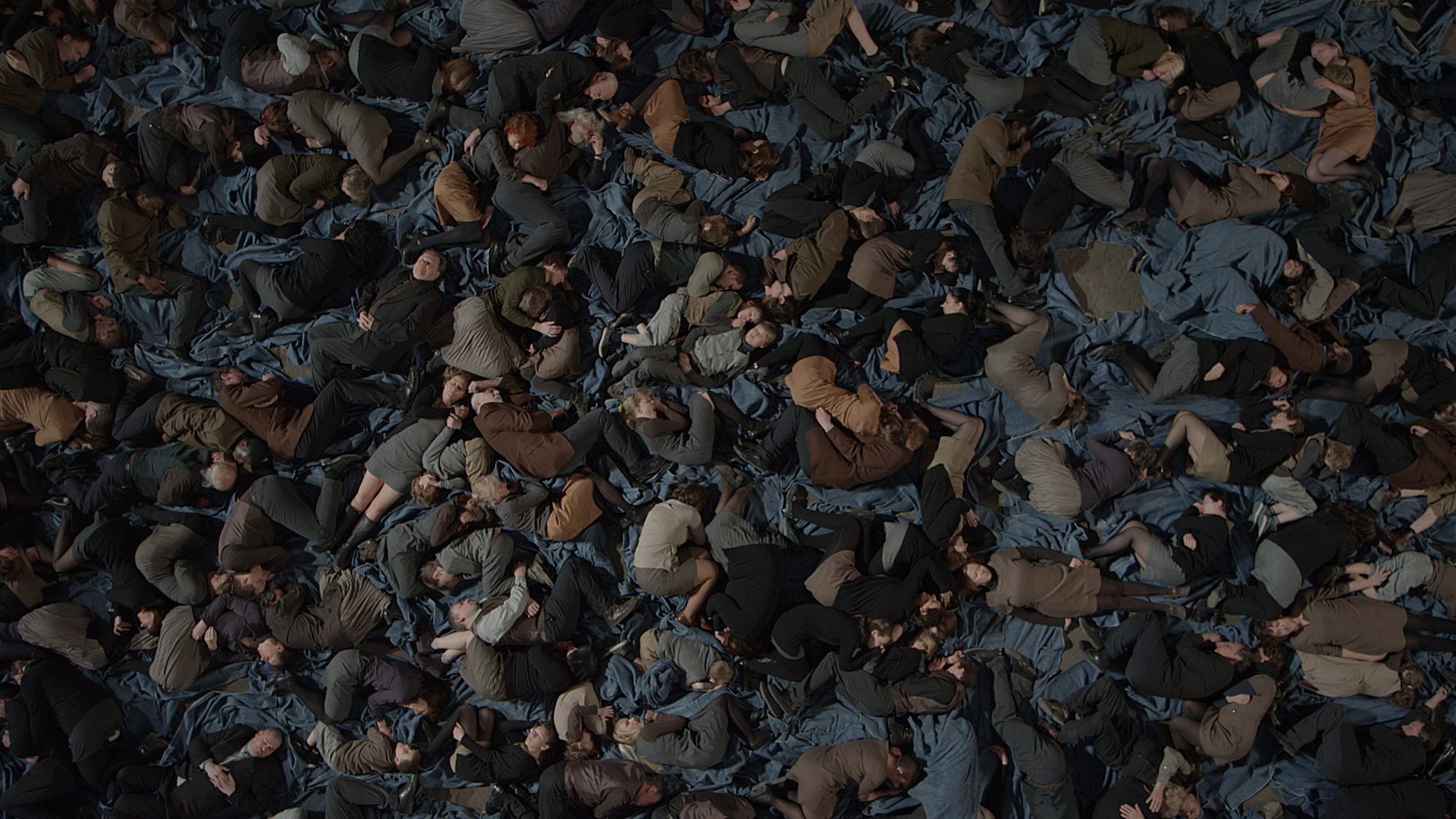 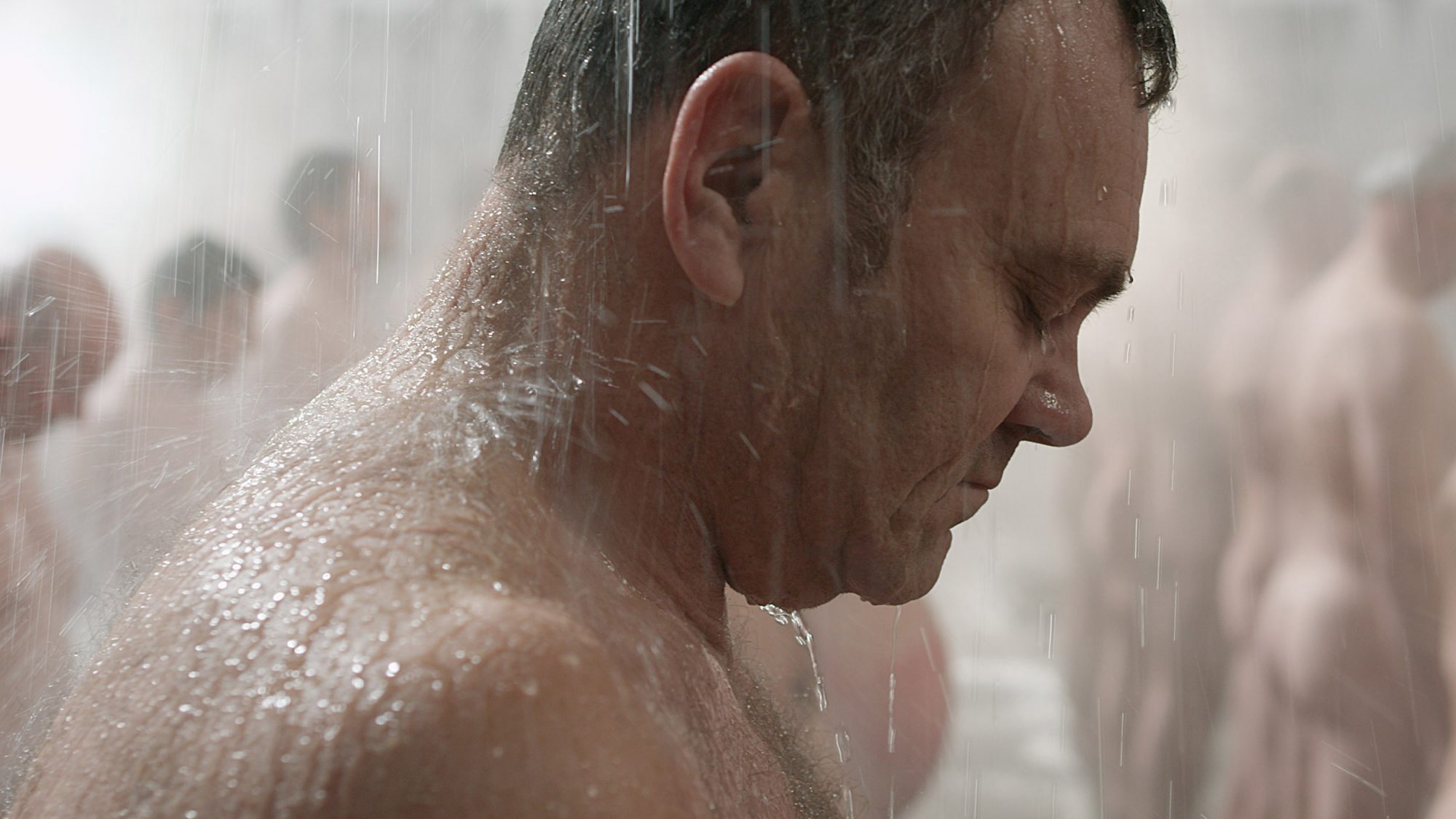 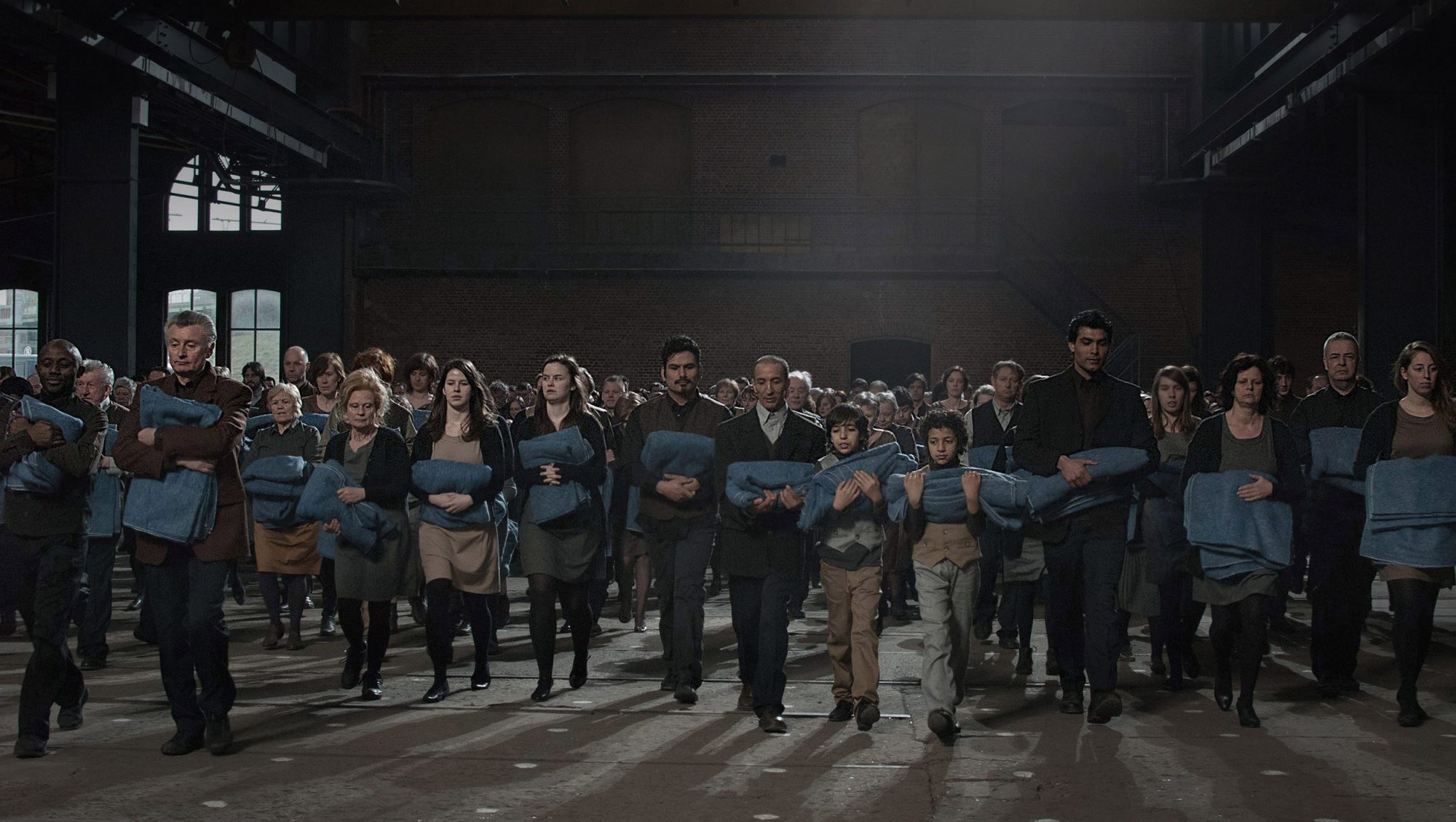 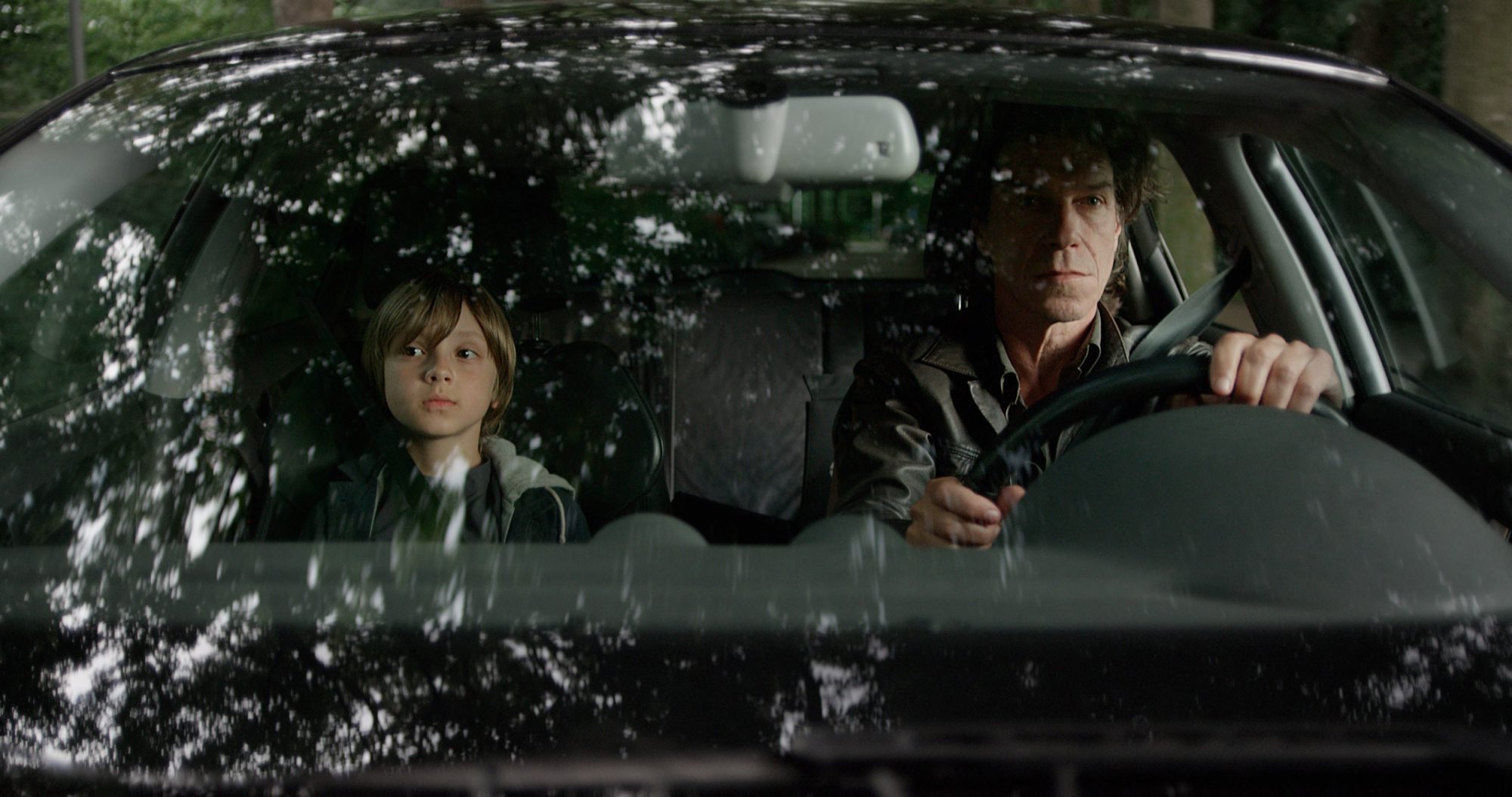 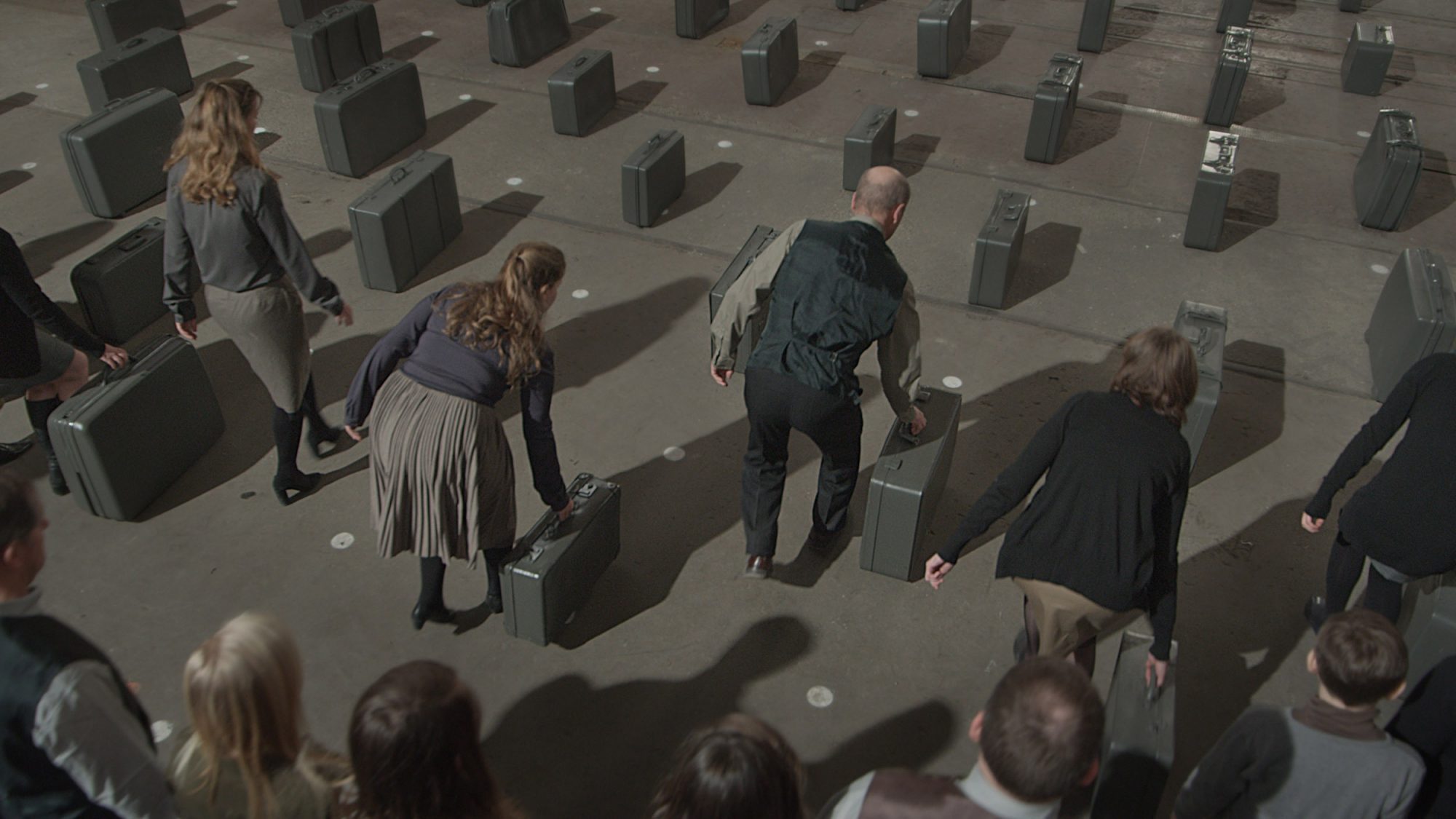 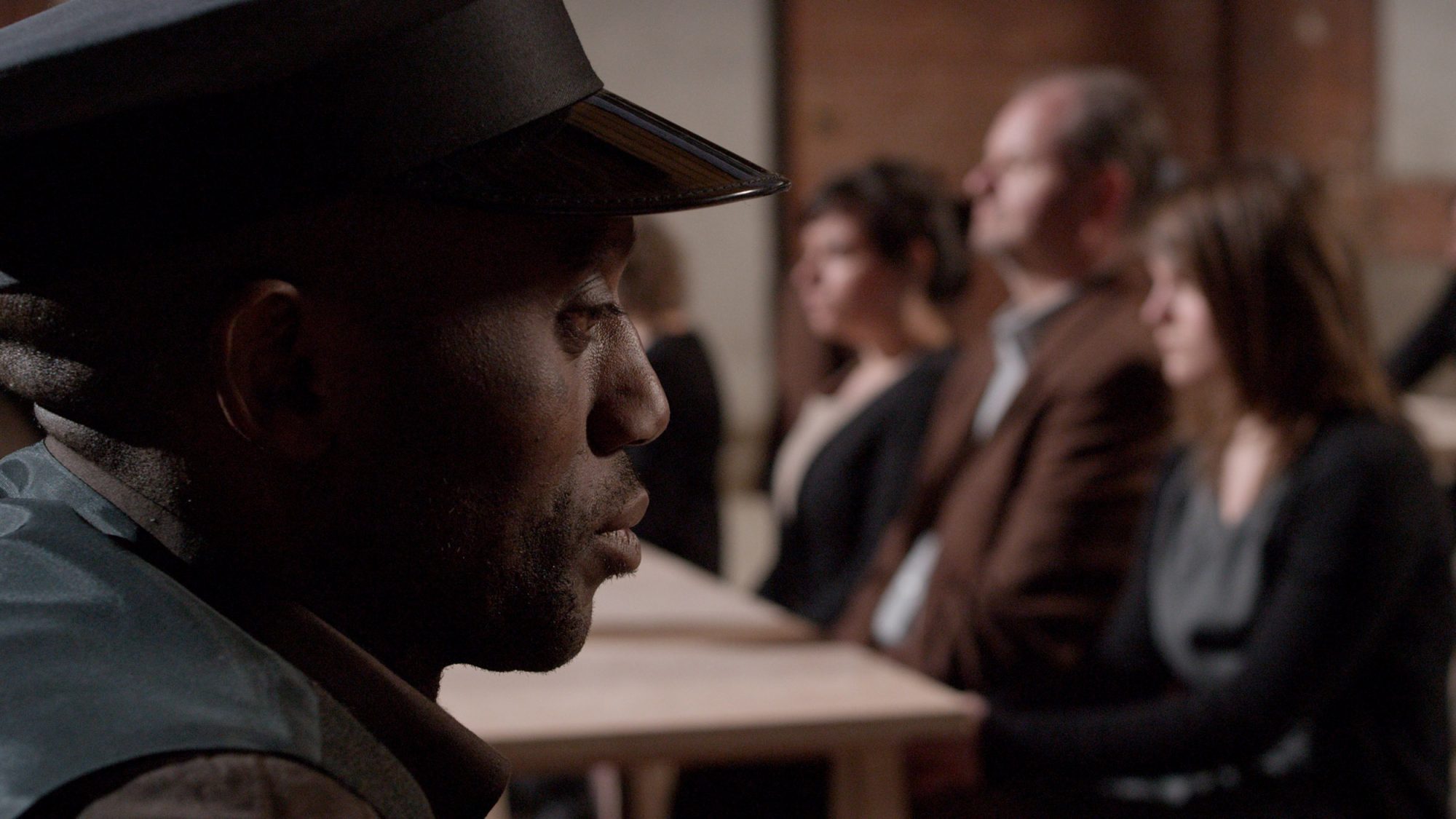 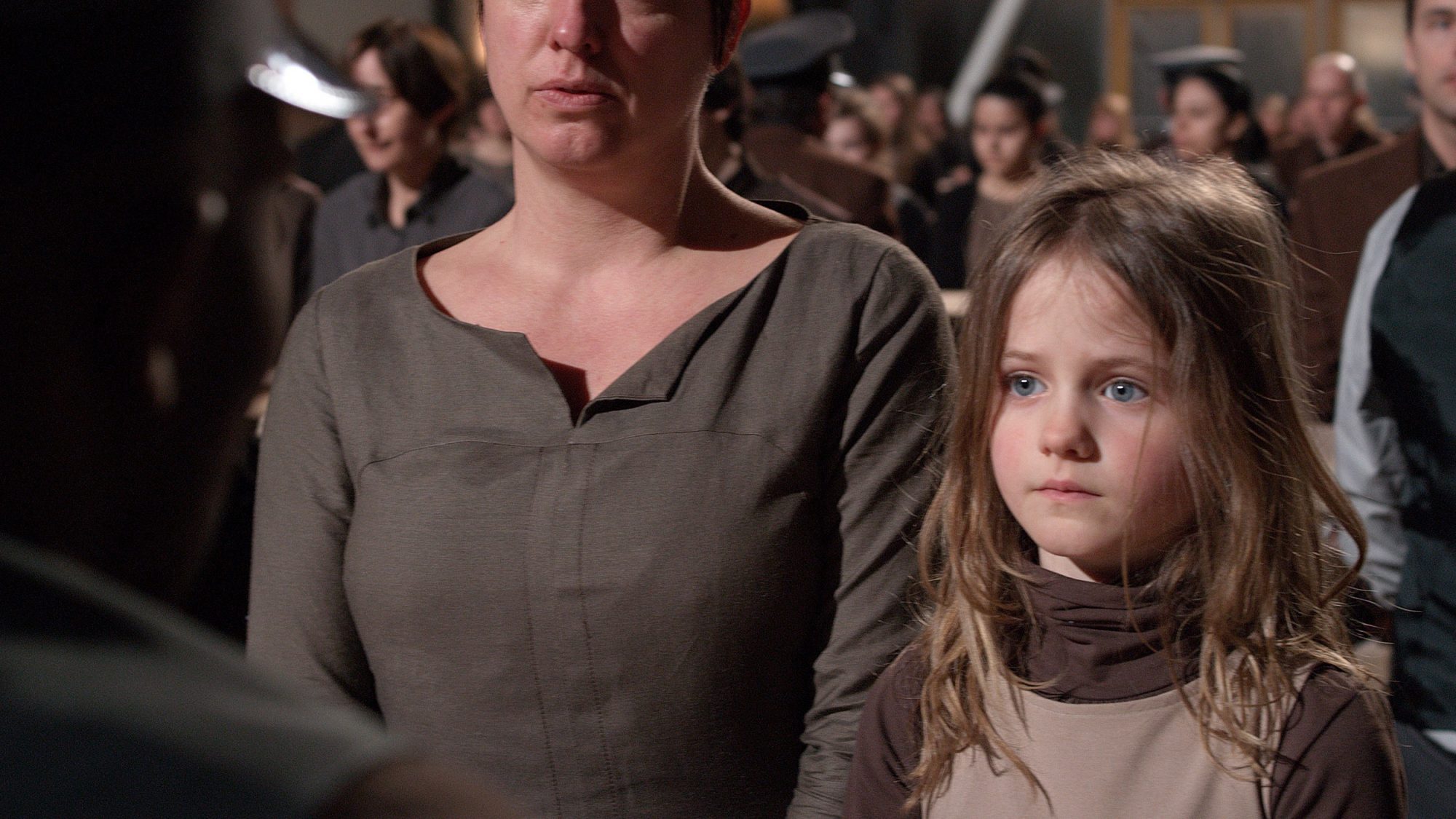 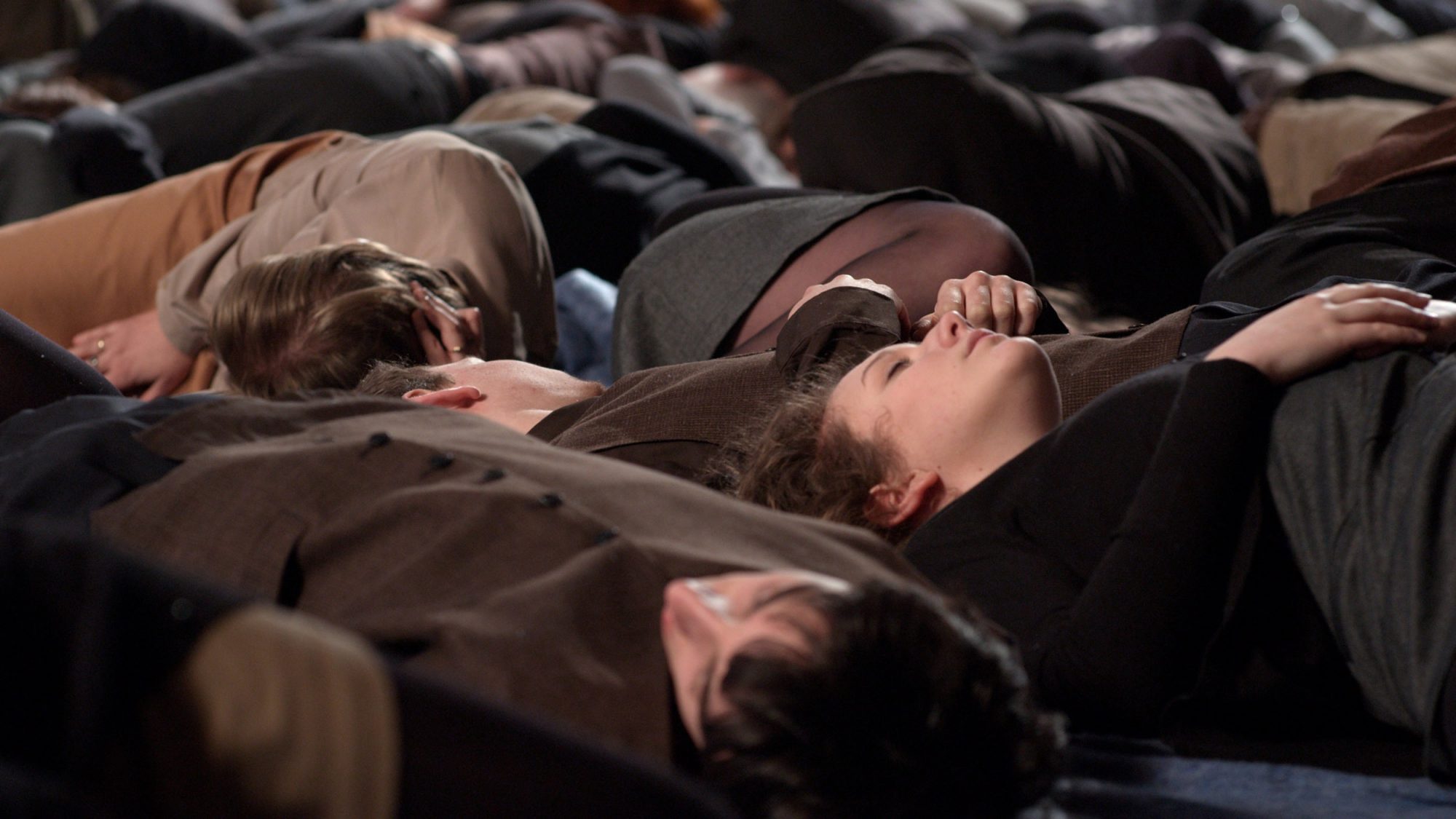 Originally commissioned by the Red Star Line Museum, the film addresses the still potent issue of migration. Filmed with four cameras in a vast industrial hanger with a cast of some 800 volunteers wearing clothes specially designed for the event, the film has a classic quality, recalling the large-scale migrations in the early 20th Century from Europe to America. The title, 'Dance', refers to migration as an unsteady, rhythmically irregular movement, a balancing act on the arduous journey between the old identities of home and the realities of the new world, a journey that changes all those who make it without recourse.
Though carefully structured, Op de Beeck does not impose a literal narrative on the film, preferring a more impressionistic approach in which the protagonists’ movements and poses underline the powerlessness of shaping one’s own destiny, becoming mere bodies in the process. The extras perform synchronised sequences of simple gestures that create a choreography of everyday activities. The banality of each small movement is magnified by the collective effort. The size of the group suggests that the individual story of each refugee or migrant is at the same time a collective story.
The music accompanying the video was commissioned by the artist and composed and performed by Johan Hoogewijs.