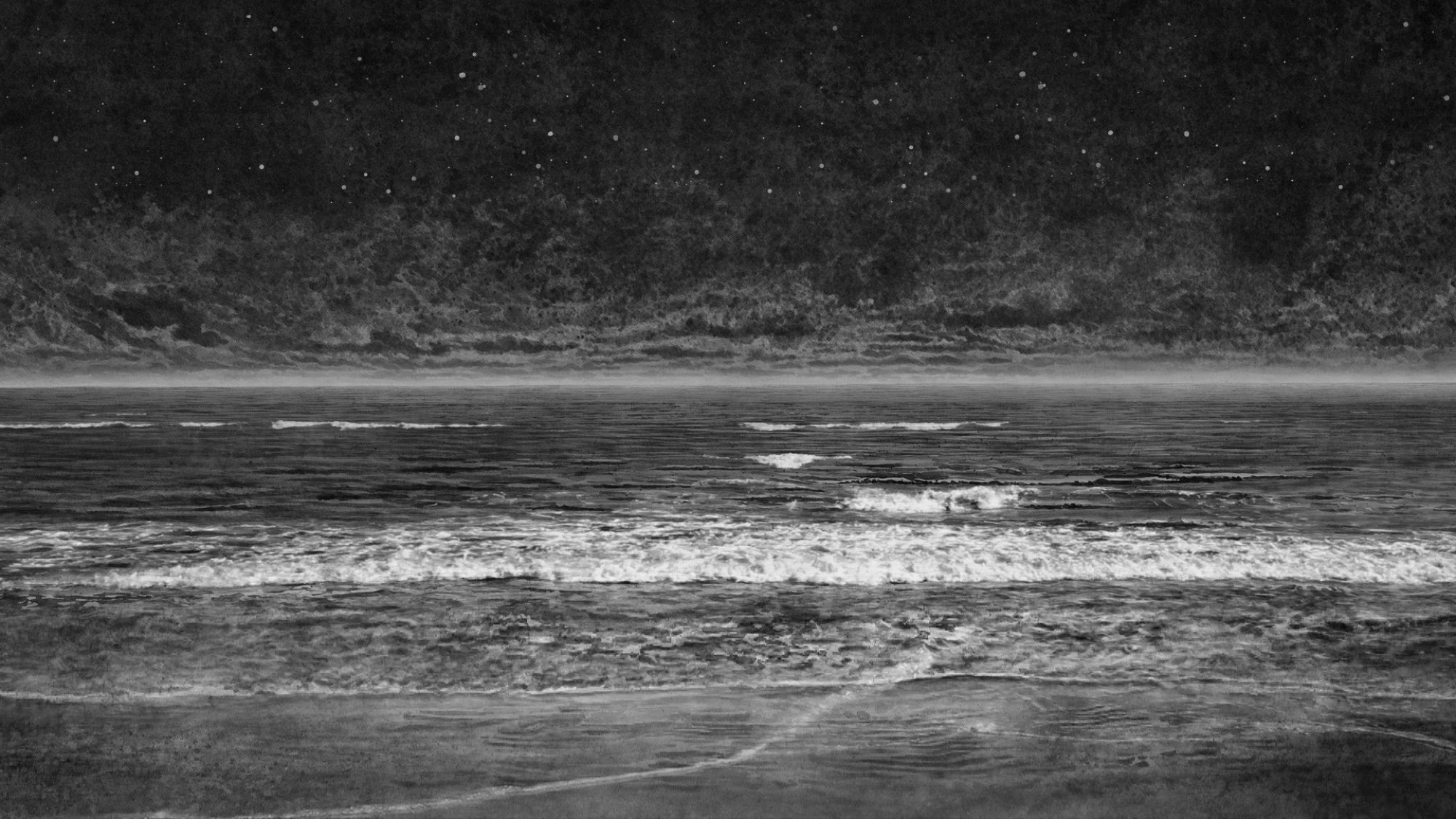 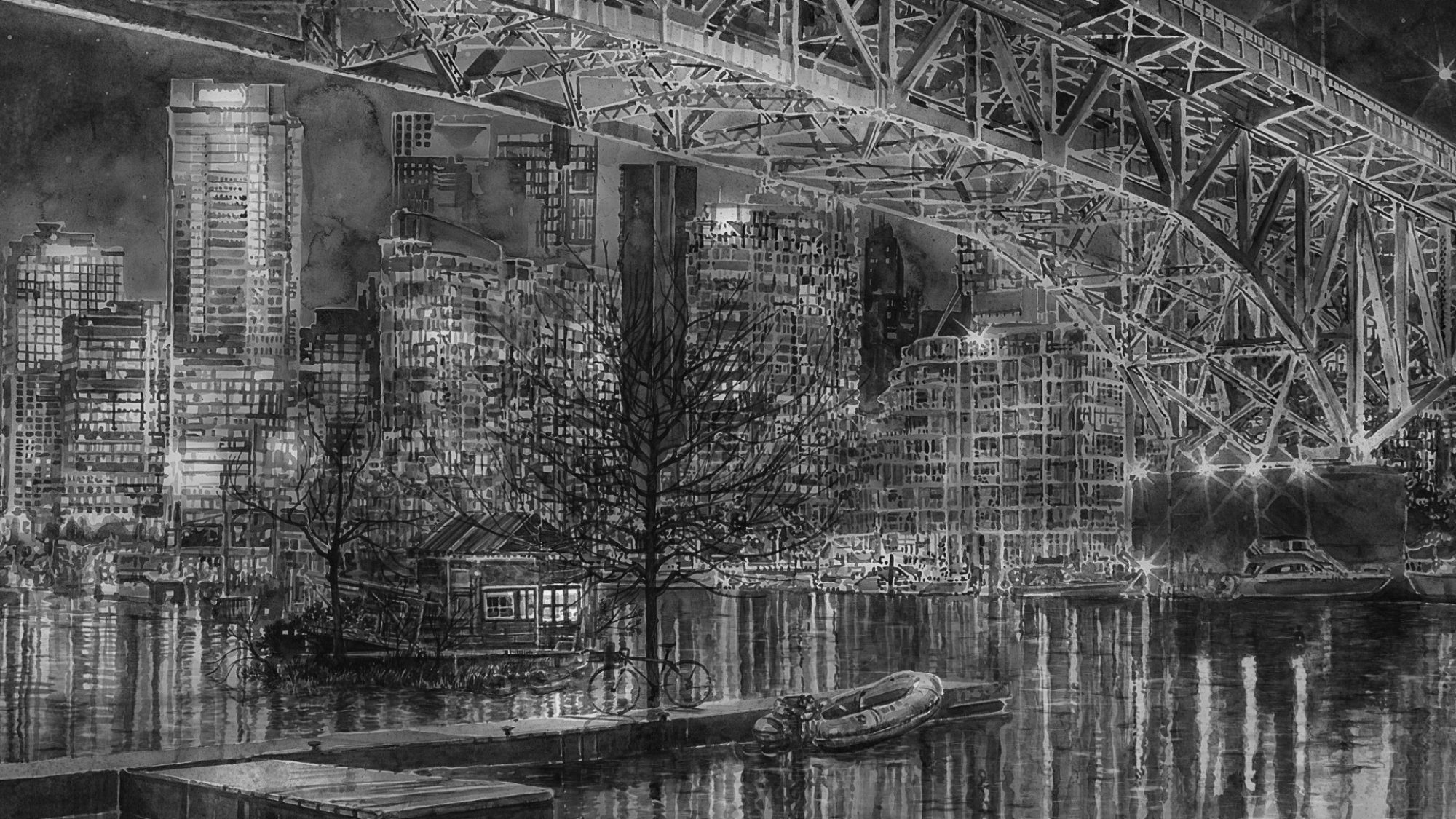 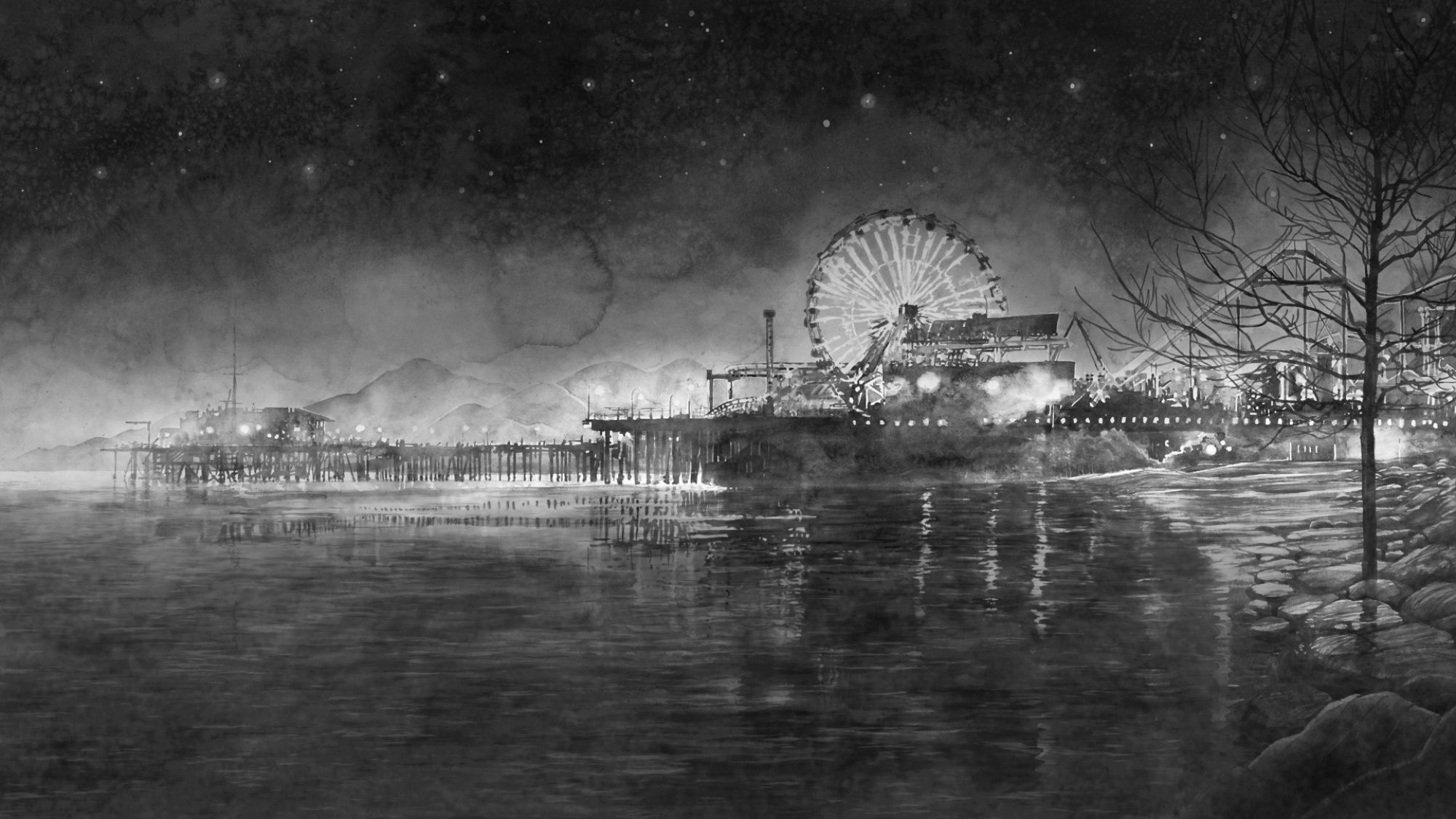 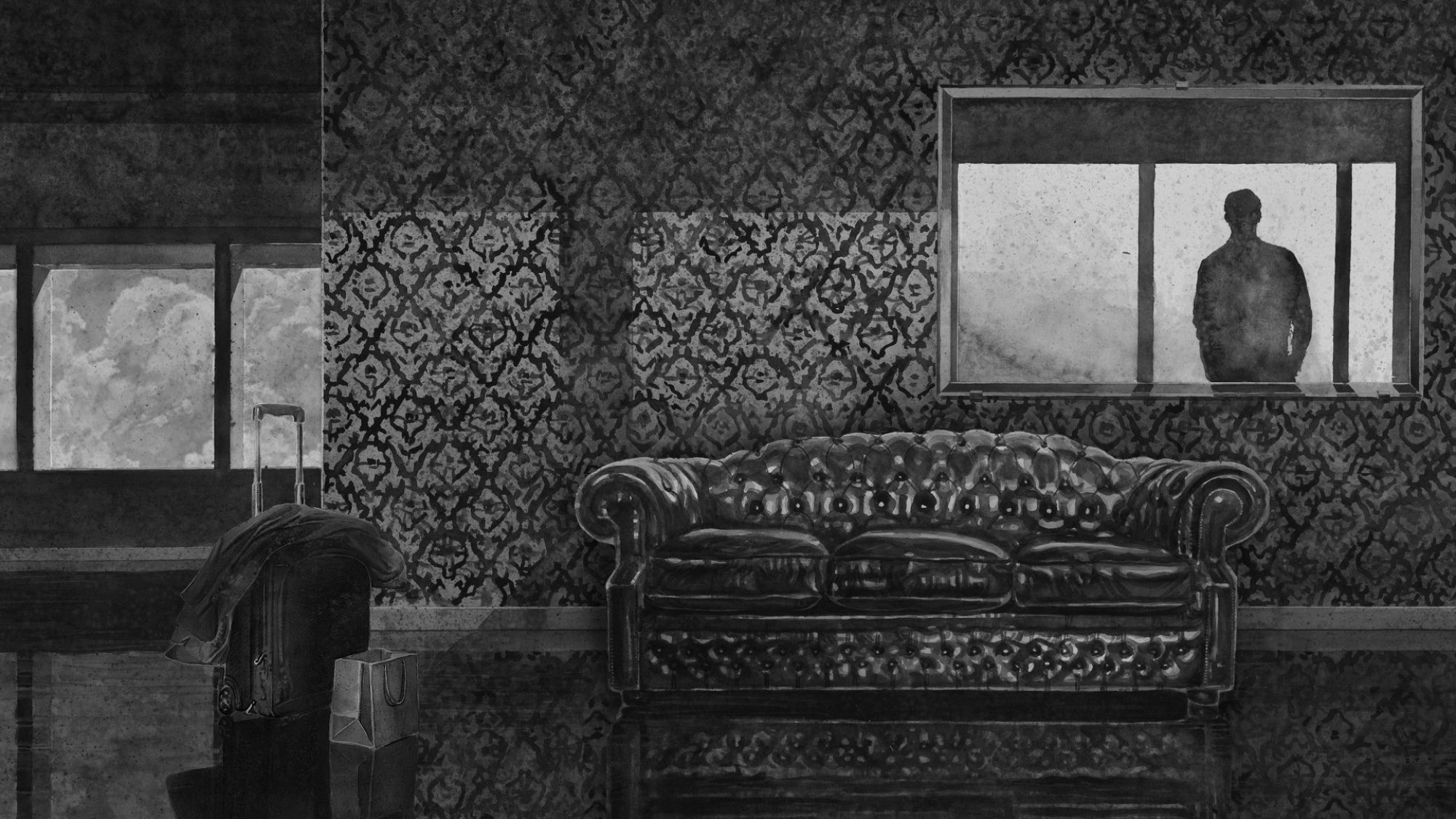 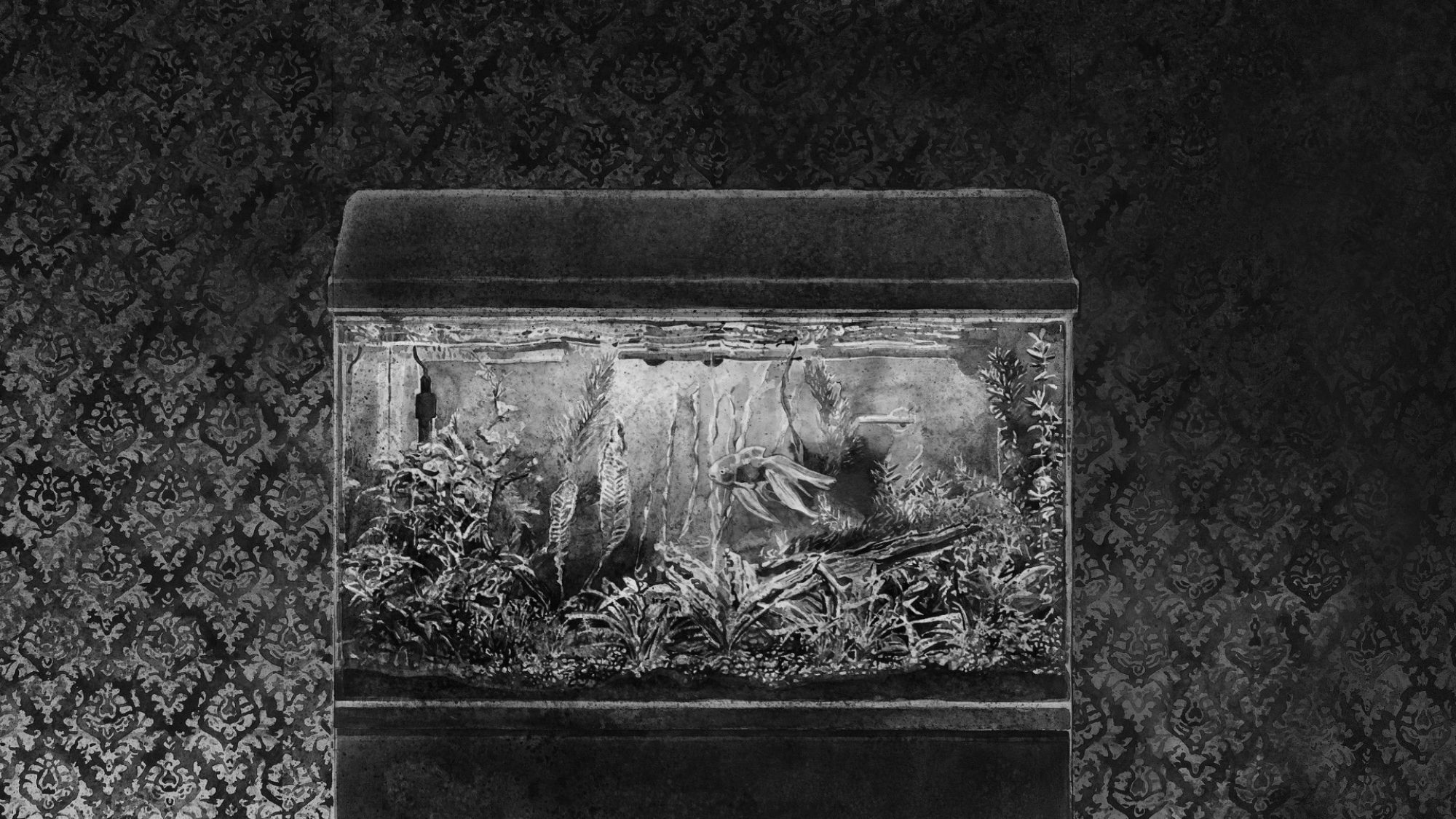 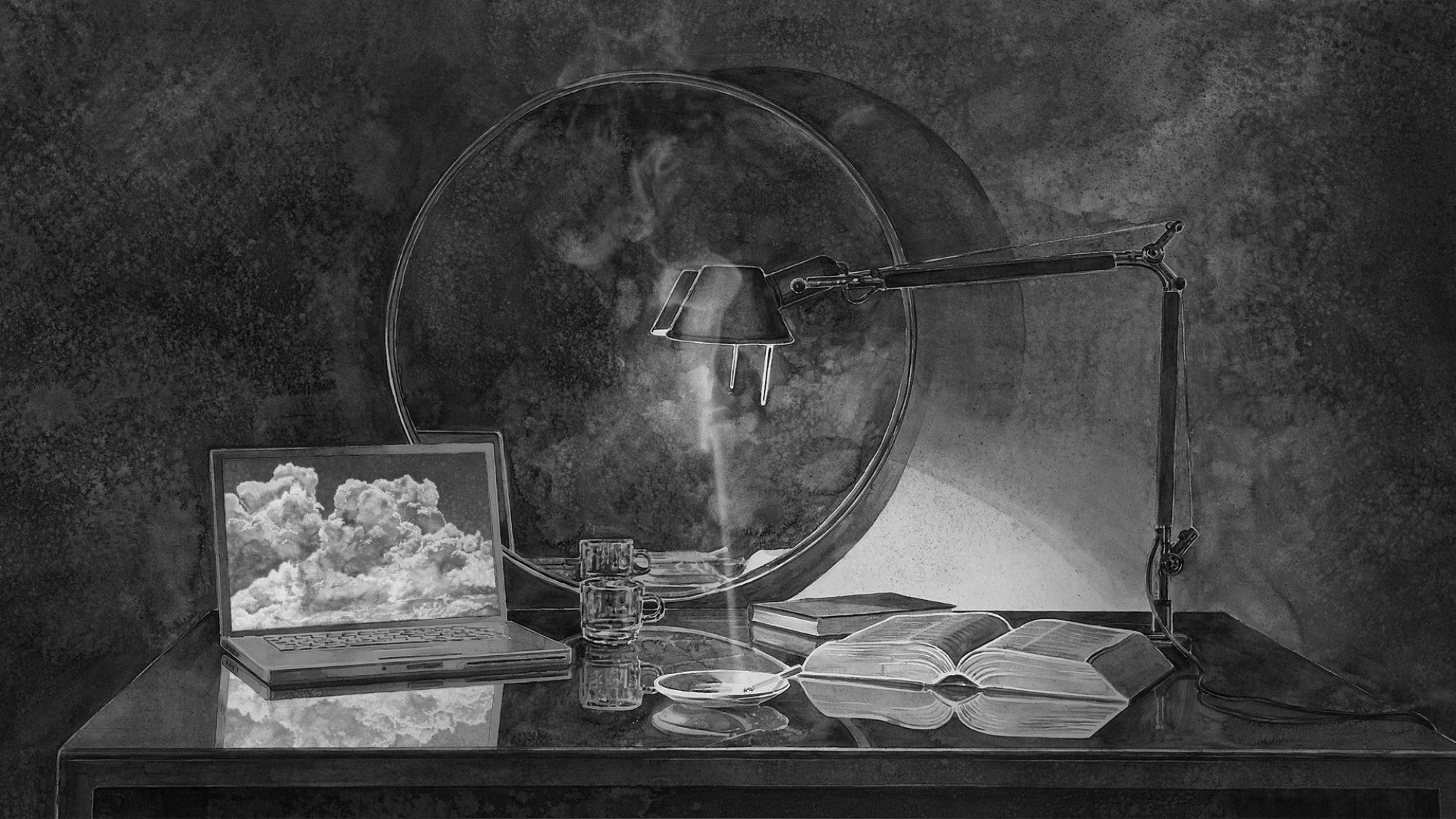 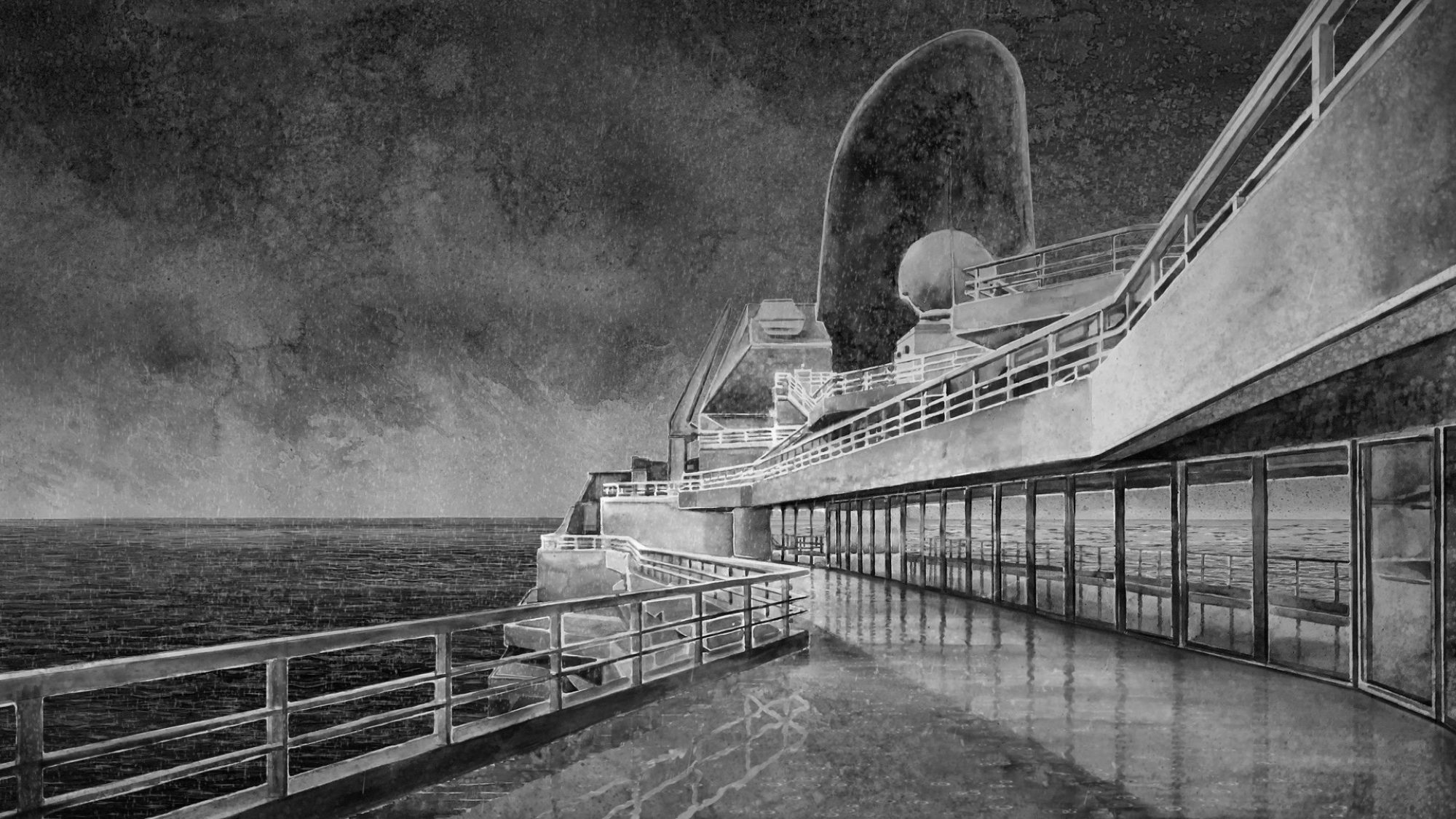 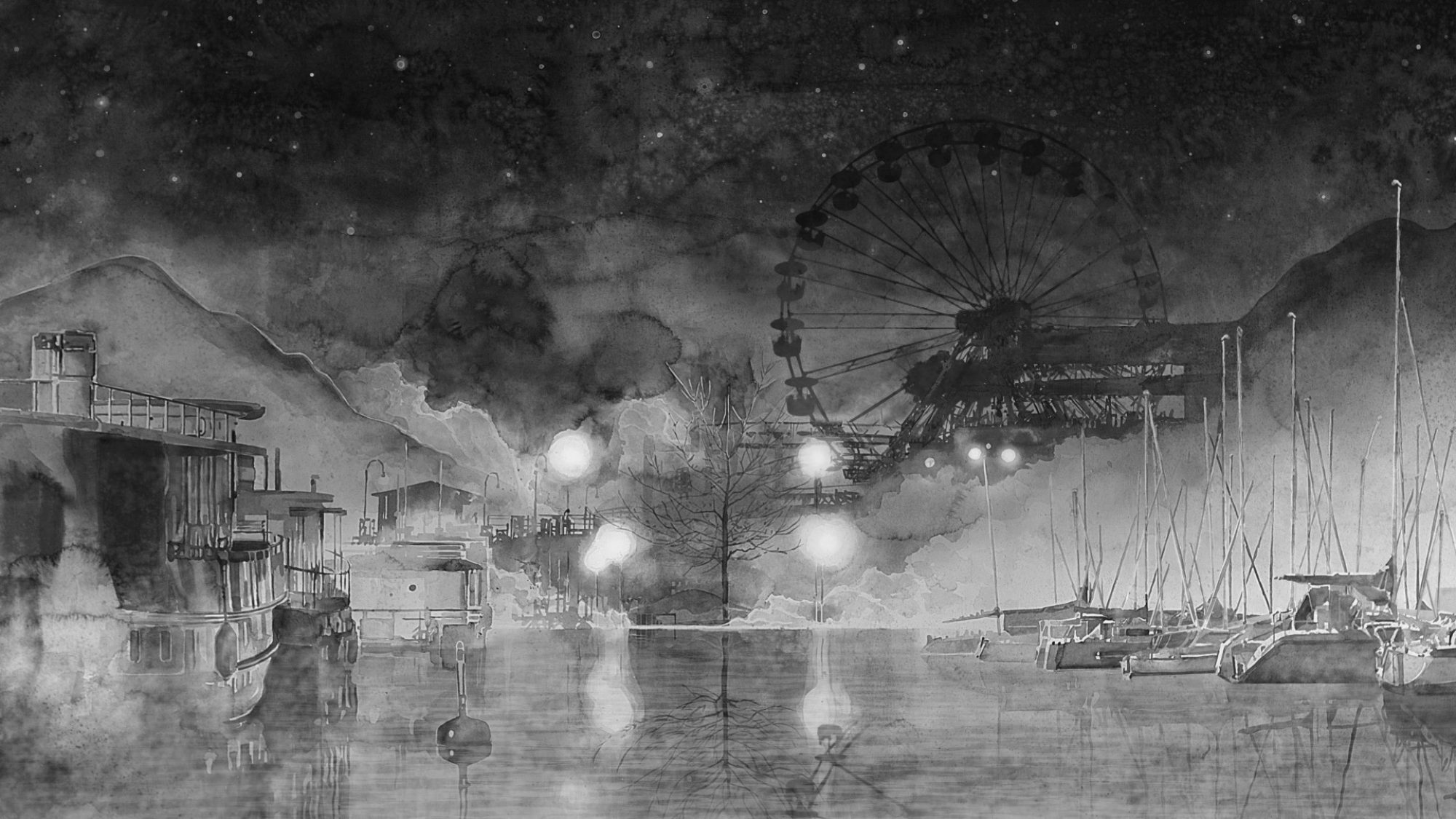 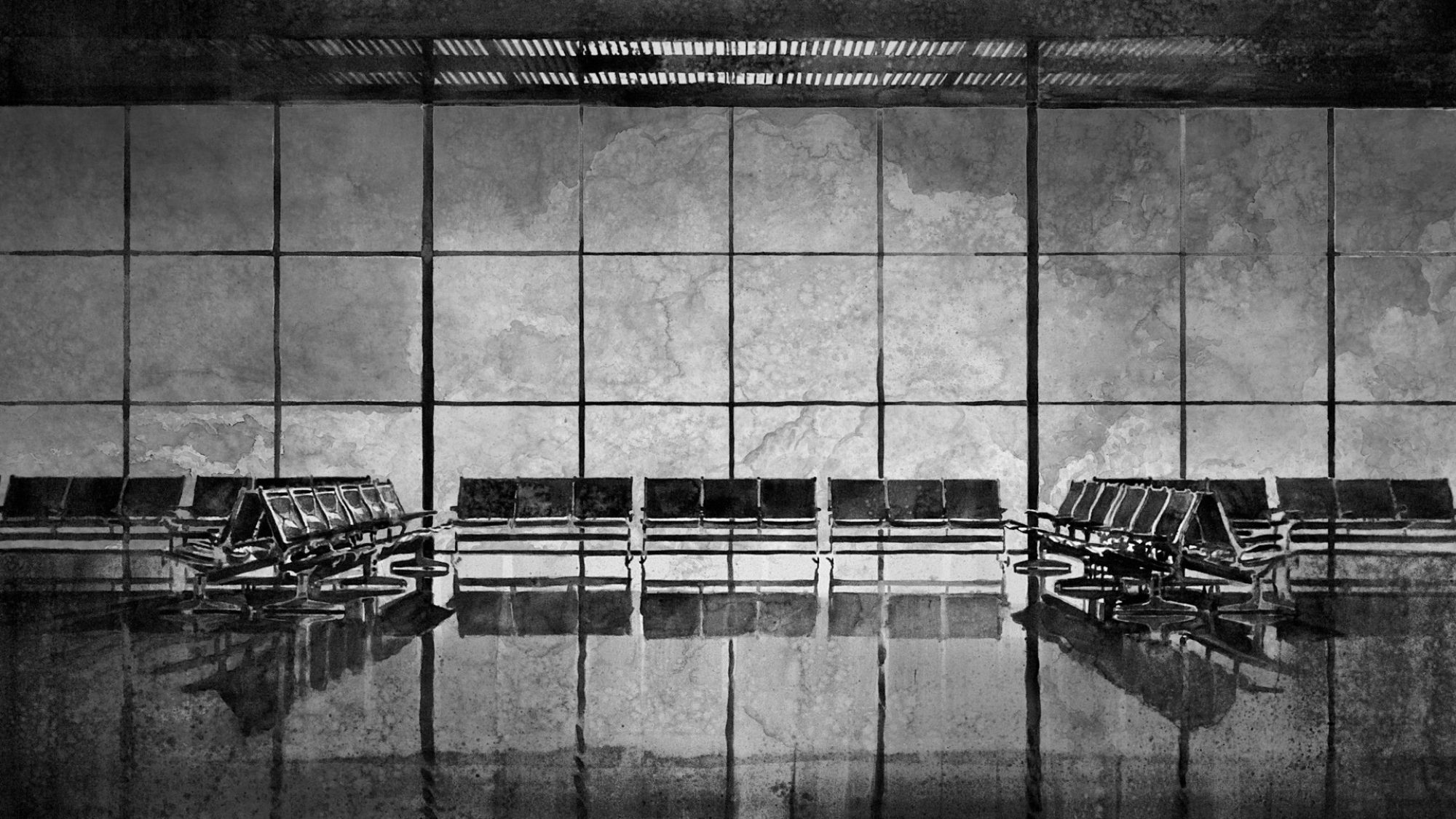 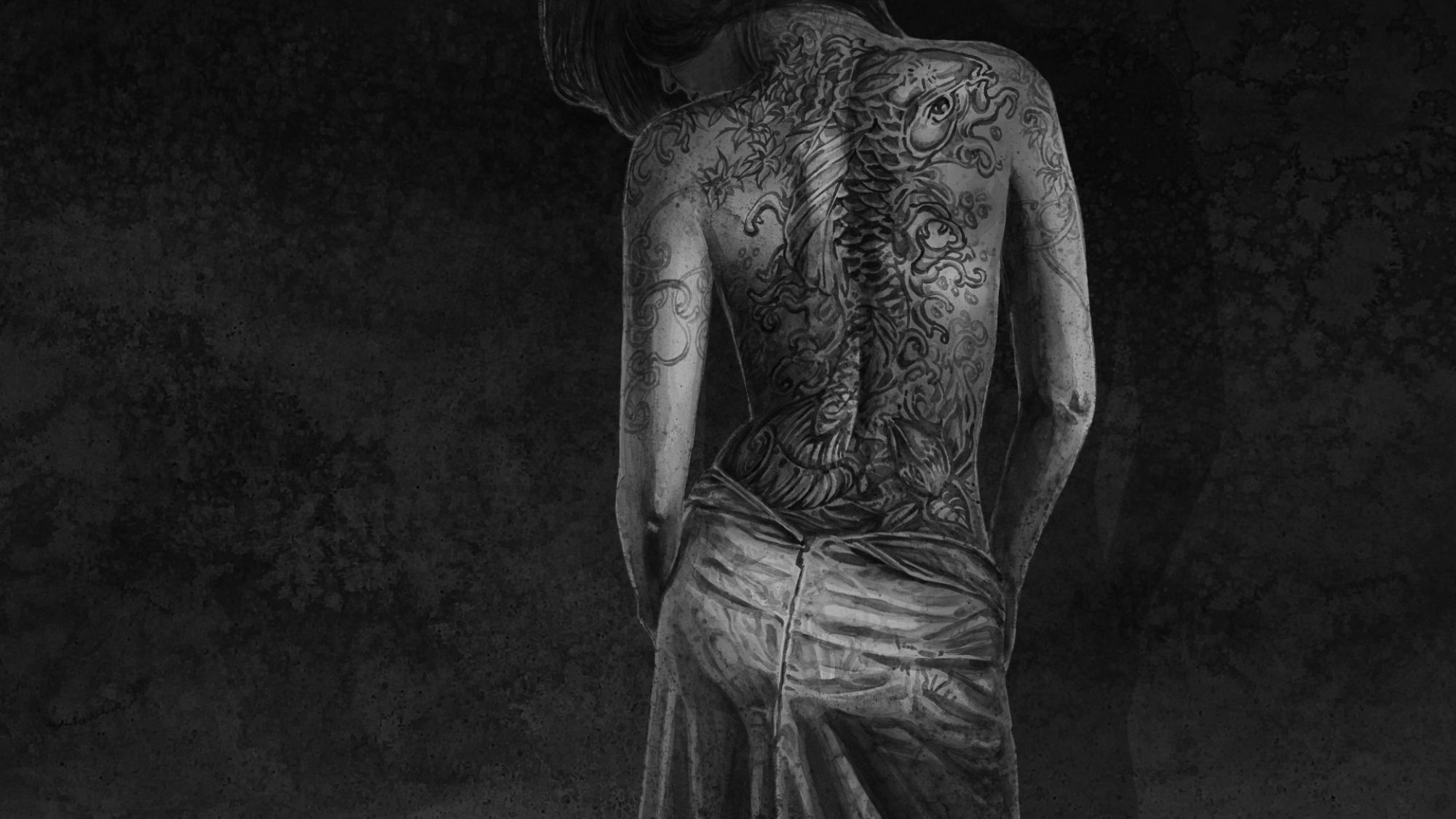 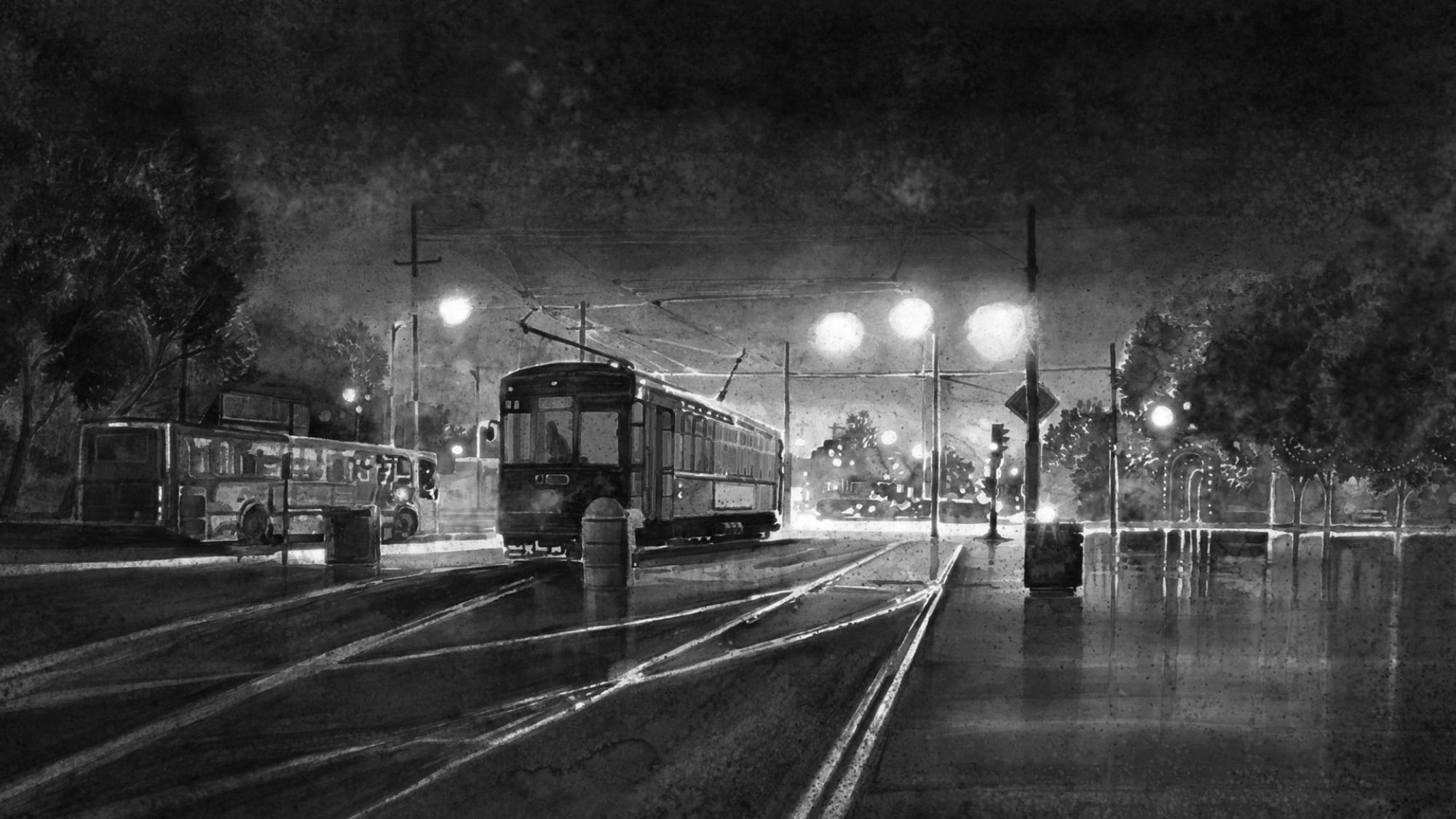 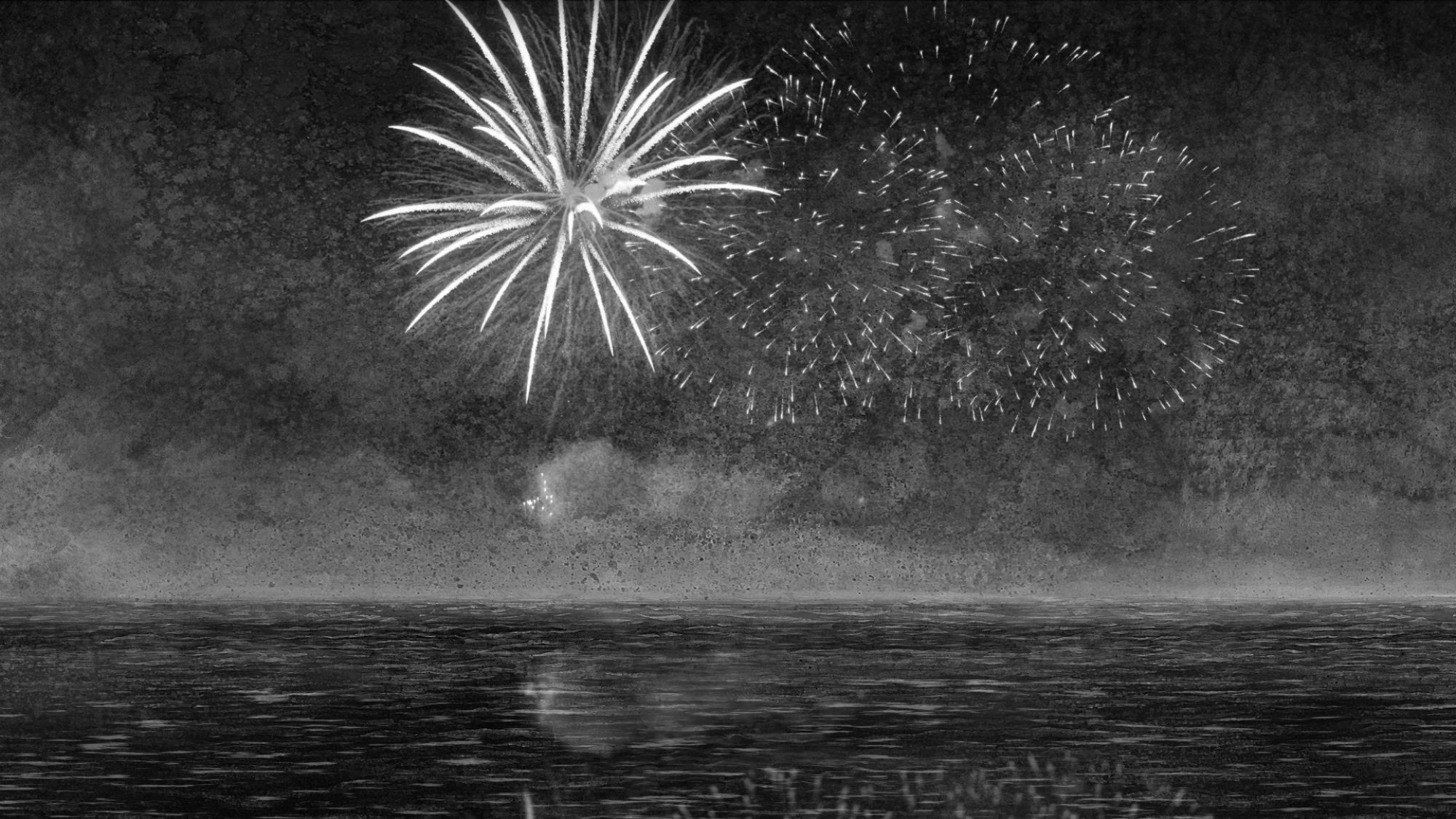 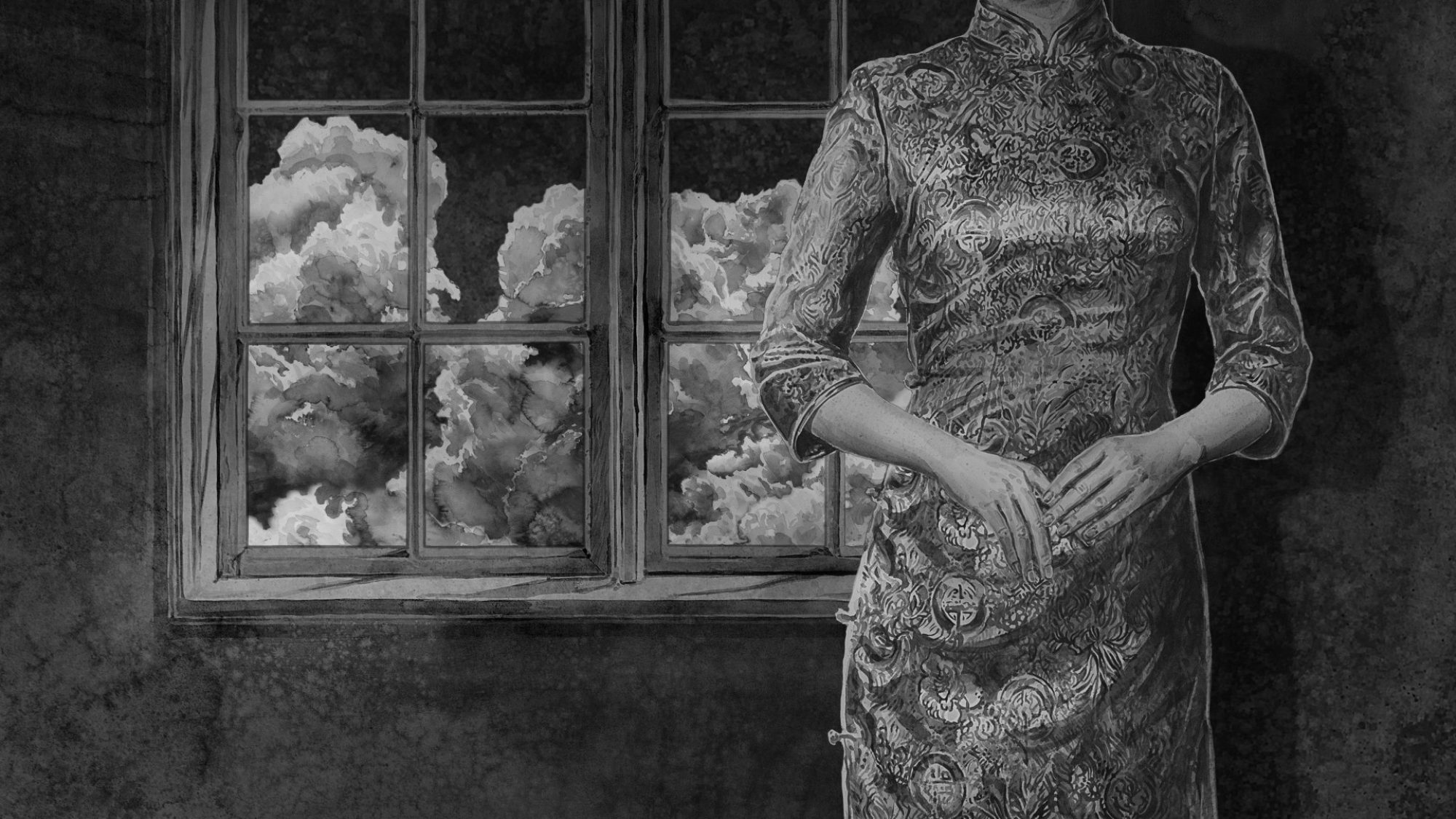 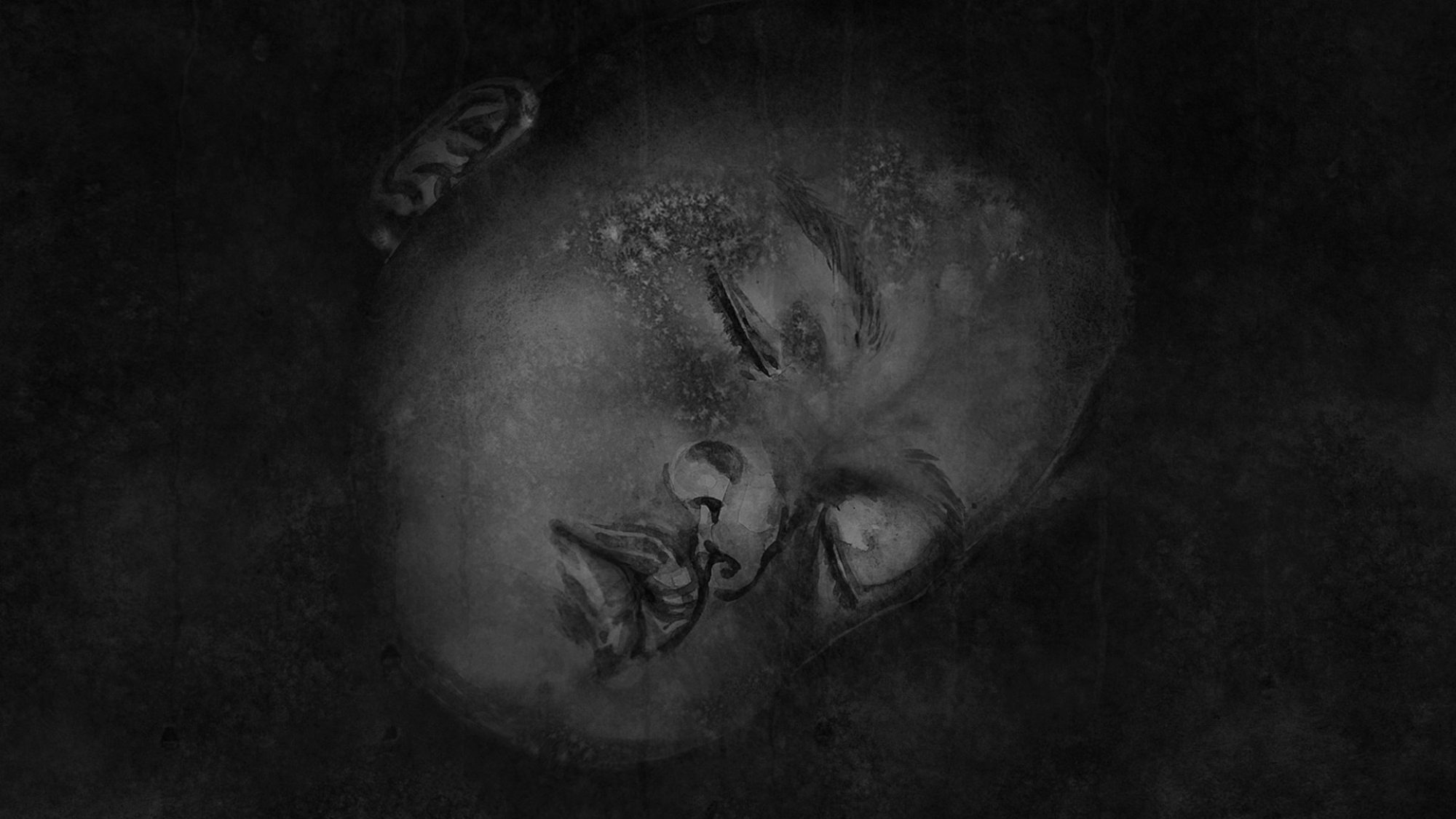 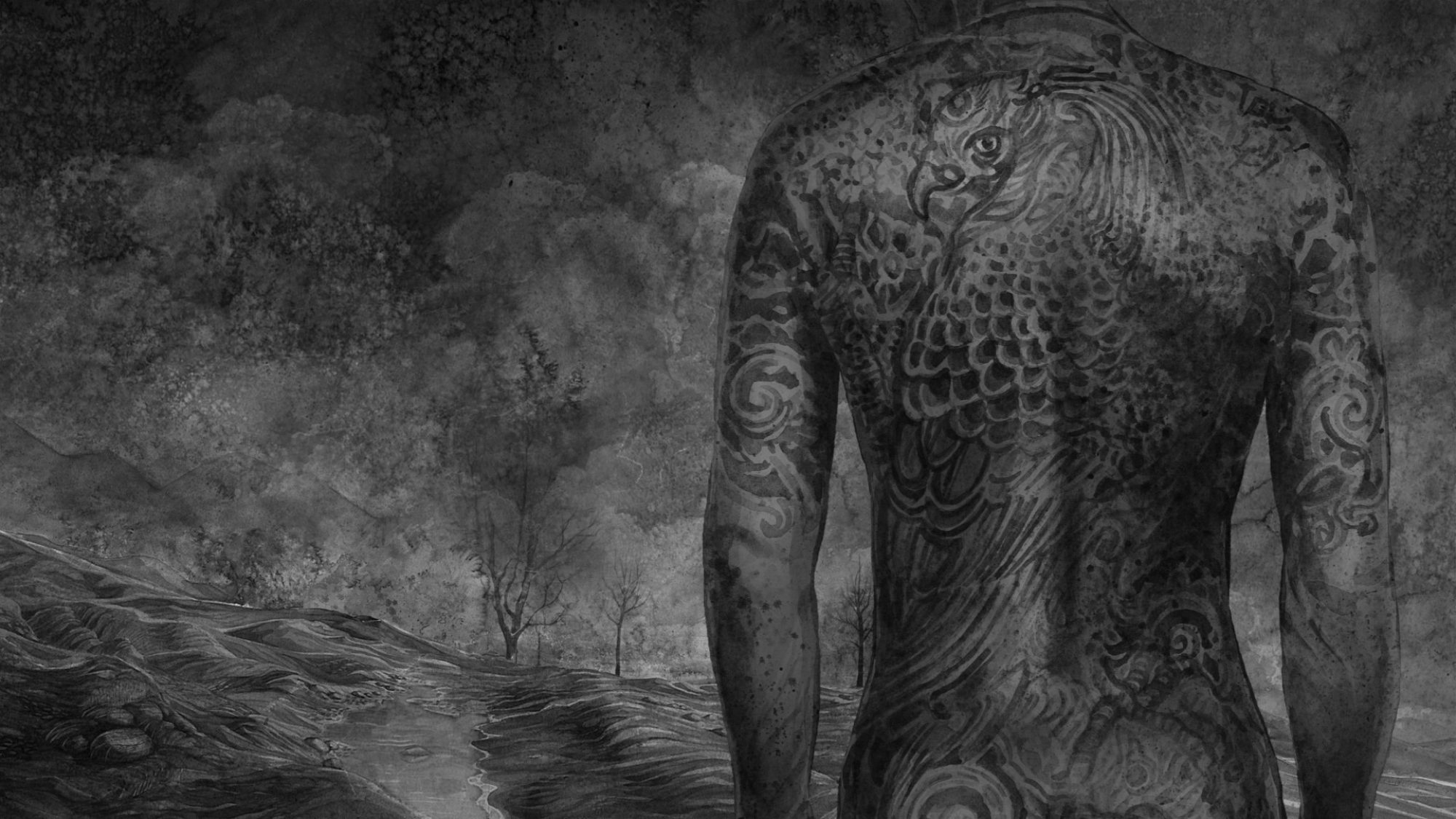 ‘Night Time’ is an animated film, monochromatic, full of shadows, with no text, based on a series of large black and white watercolours. The nocturnal is a palpable presence in the natural and urban landscapes, the buildings, interiors and characters that bring the film to tenebrous life.
‘Night Time’ is conceived as a mysterious dream in which proportions, perspectives and environments are all fictitious. Intimate close-ups segue into panoramic images and vive versa, each image manifests a meticulously crafted construction. The film has a restful rhythm, but is also latent with the dissipation typical of the hours of darkness.
Classic and distinctly contemporary subjects follow one another: the dream, the sleep, the underworld, the exploding postmodern metropolis, sexuality, tattoo culture, refined traditions of dress, rituals, ageing, partying, death... The film is a mix of both the highly cultivated and the raw subcultural.
‘Night Time’ is a slow, perception-oriented film. Looking between the lines of the image there’s much to discover about the night and its hidden life.

«Wabi» is the Japanese word used to identify the natural and delicate attention for simple and elusive things, for a beauty that is both evasive and elegant. …

A barely audible, gentle melody resounds, and a solitary candle bathes an almost empty room in dim light with gloomy shadows. As if written by an invisible …