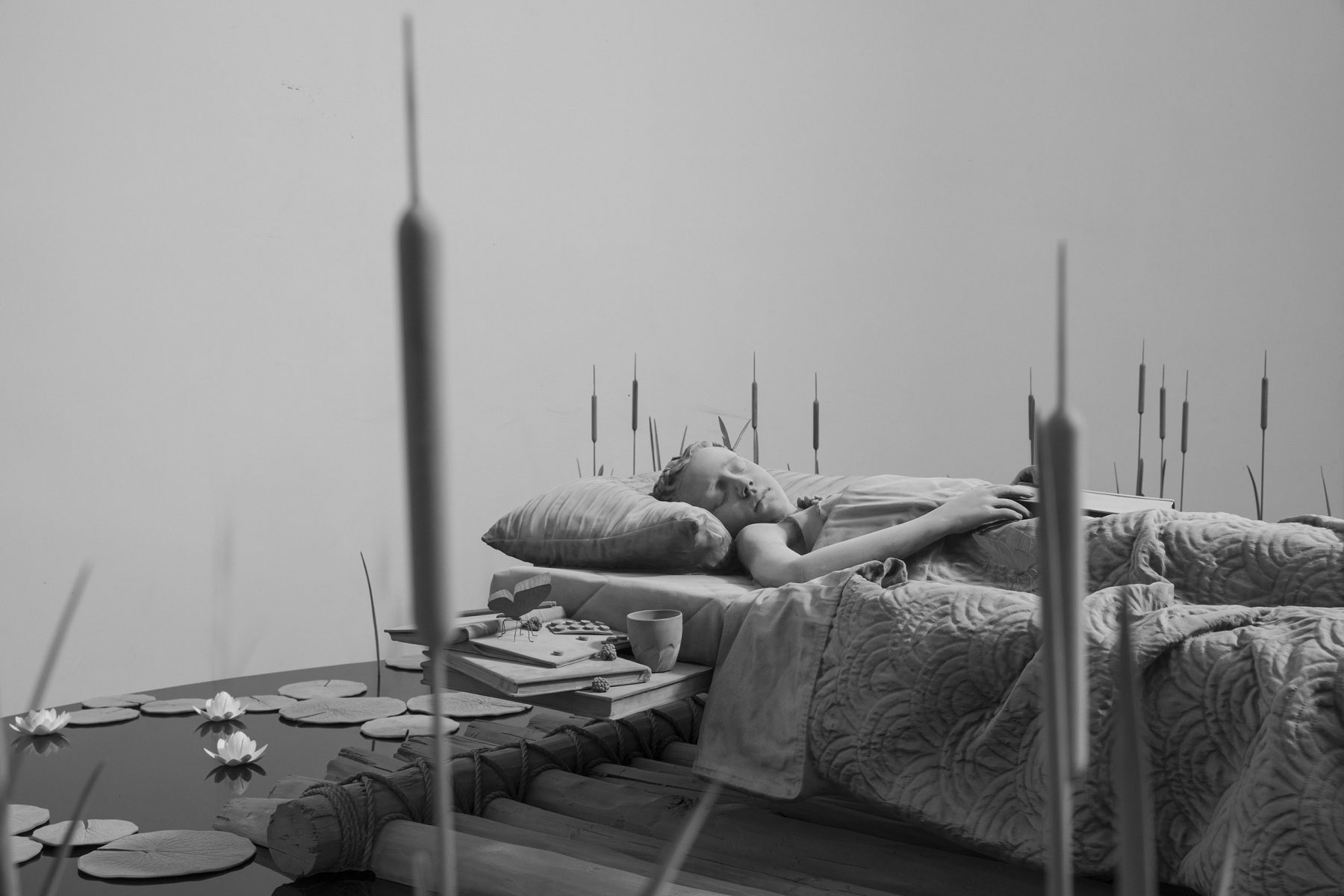 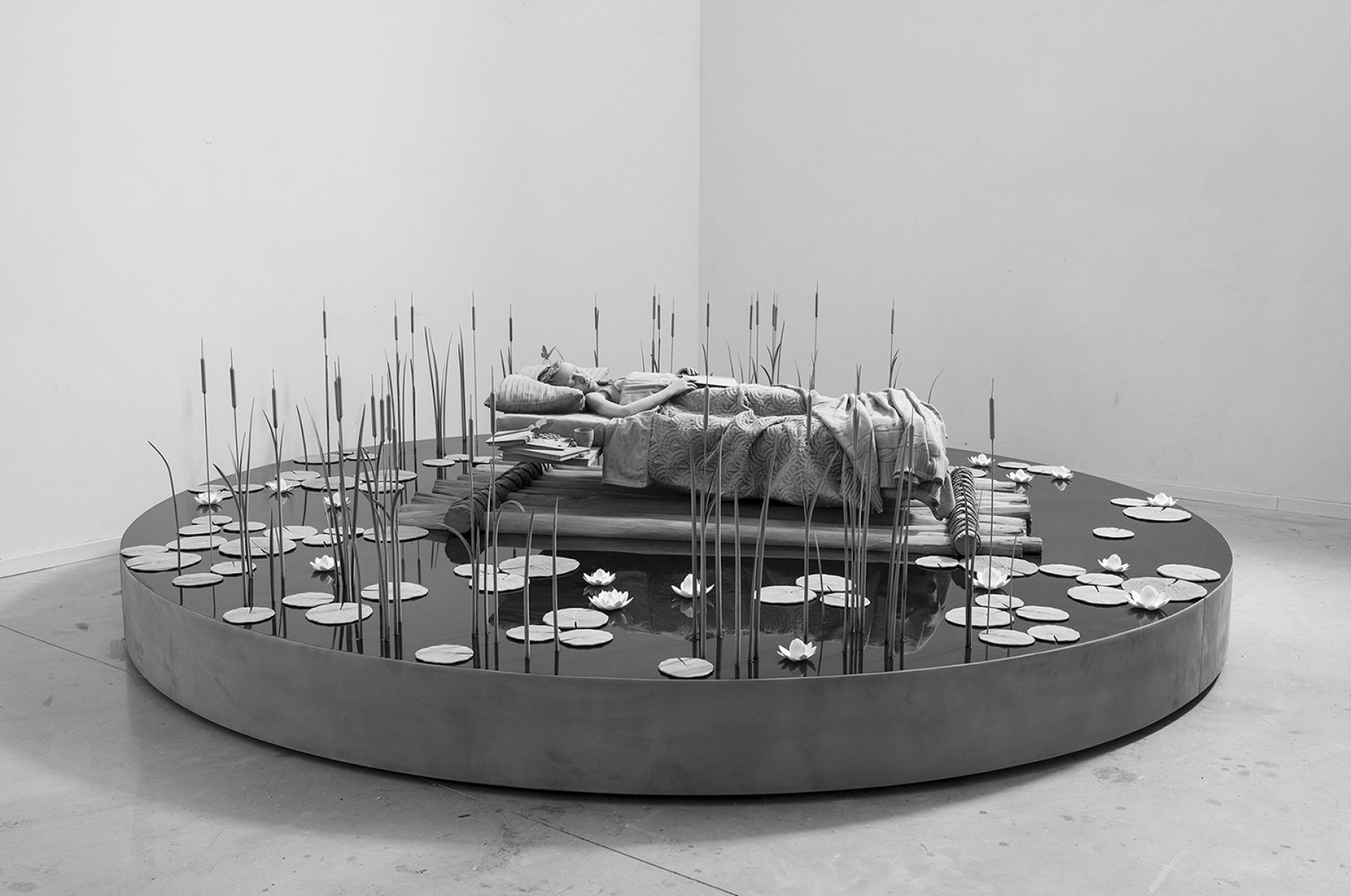 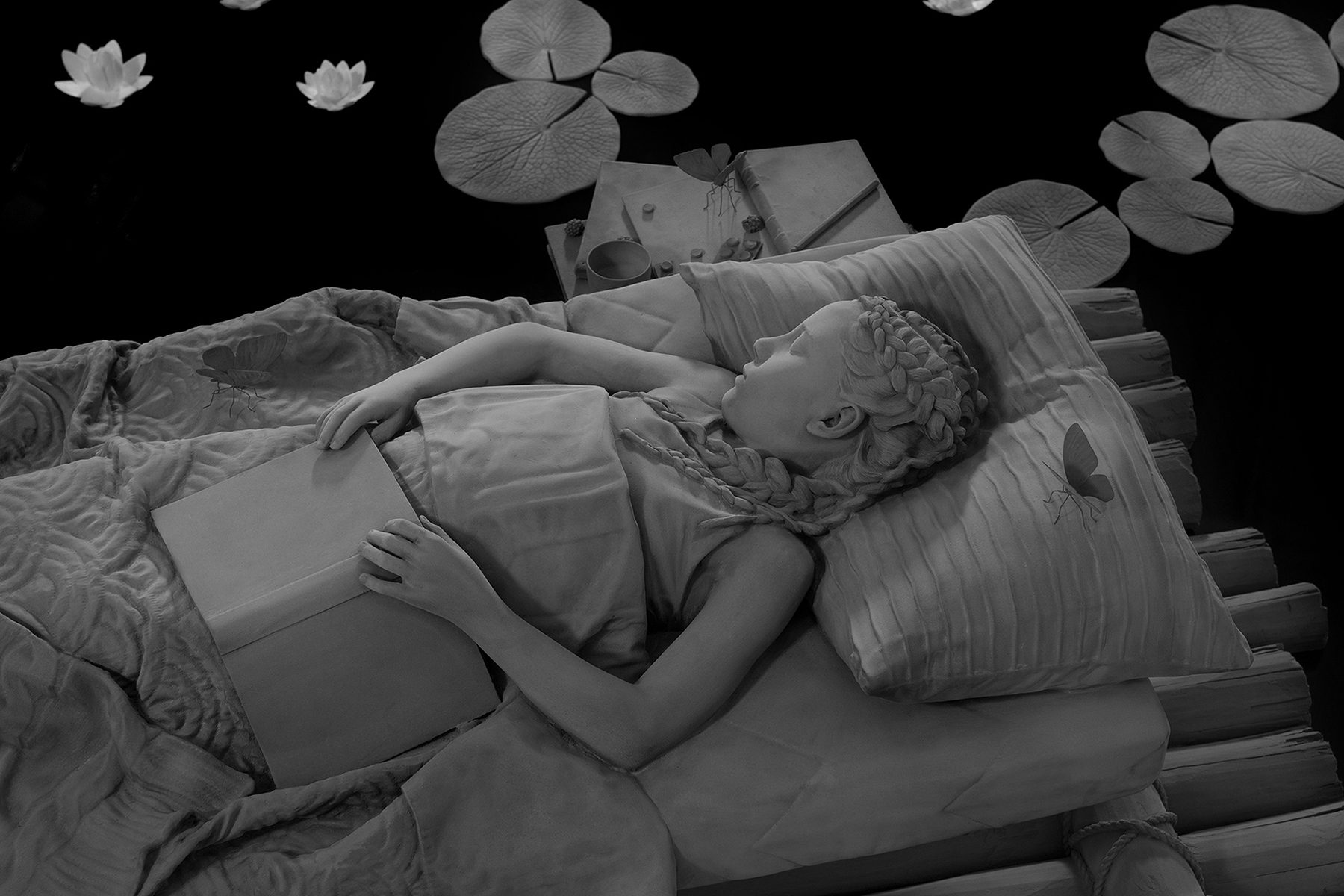 'My bed a raft, the room the sea, and then I laughed some gloom in me' depicts a young female figure asleep in her bed which hovers above a raft, which, in turn, is afloat on a lily-pond. The floating sensation is commonly associated with the onset of sleep. As the raft has no sail or tiller it is controlled by chance and the natural elements, becoming a fitting metaphor for surrender. By the side of the bed are books, candy, a flashlight, a glass of water and sleeping pills. Butterflies flutter about, emblems of mortality and transience. In ancient Greece they were considered representations of souls while classic animated cartoons employed them frequently as playful interludes. Each object or element placed by the sleeper forms part of an arsenal of theatrical devices used by the artist to create an ambient or atmosphere. They serve to invoke a hyper-fictional state – guiding the viewer to the story, or perhaps into the girl’s reverie. Sleeping and dreaming are conditions that frequently recur in the artist’s work, but rather than supporting their presence with psychoanalytic readings, they encourage the audience to submit to their own dreams through the imagination.

For more than 20 years, the Belgian artist Hans Op de Beeck has been building a multifaceted body of work in numerous mediums, including small watercolors, …